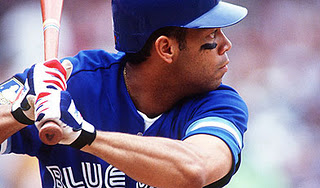 Alomar Gets the Call

90% of voters in the Baseball Writers Association of America wanted Roberto Alomar in the Baseball Hall of Fame in 2011. Every Toronto Blue Jays fan there ever was agrees. And on July 24th of this year, we’ll be getting our wish.

In 17 years in the major leagues, Alomar was a 12x All Star and won 10 Golden Gloves, the record at second base (he’s in second place for most second base Silver Sluggers with 4). In his 5 years with Toronto he won 2 World Series, maintained a batting average of .308, stole 206 bases and earned 447 runs.

Though he also played for the Padres, the Orioles, the Indians, the Mets, the White Sox and the Diamondbacks, Alomar considers himself a Toronto Blue Jay and that’s the uniform he hopes to wear in the Hall of Fame. If that happens, he’ll be the first Jay to make it there.