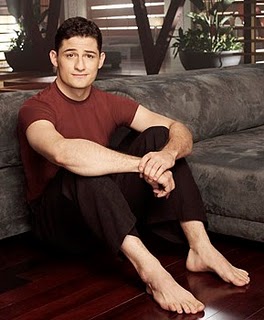 The My TV Honorary Award

This year we are introducing a new feature as part of our annual My TV Awards: The Honorary Award. This distinction, announced separately from the rest of the winners, is awarded to one person each year to celebrate standout achievement in any given category.

This year’s winner was an unparalleled presence on television in 2009, breaking new ground in the category of Best Supporting Actor in a Drama.

As Victor, one of the key programmable blank slates in Joss Whedon’s Dollhouse, Gjokaj lifted the series to new heights with every personality he took on. Over the course of the short-lived series, he tackled a multitude of foreign accents and varied demeanors, perfectly mimicked established characters, developed two full heroes in original personality Anthony and doll-state Victor and even played a serial killer and a promiscuous school girl in a single episode all the while perfectly balancing superb comic timing with standout dramatic abilities. Gjokaj, in many ways, saved the severely flawed series by elevating Victor and his many ramifications to the point where he transcended the series to take his place among the Whedon elite.