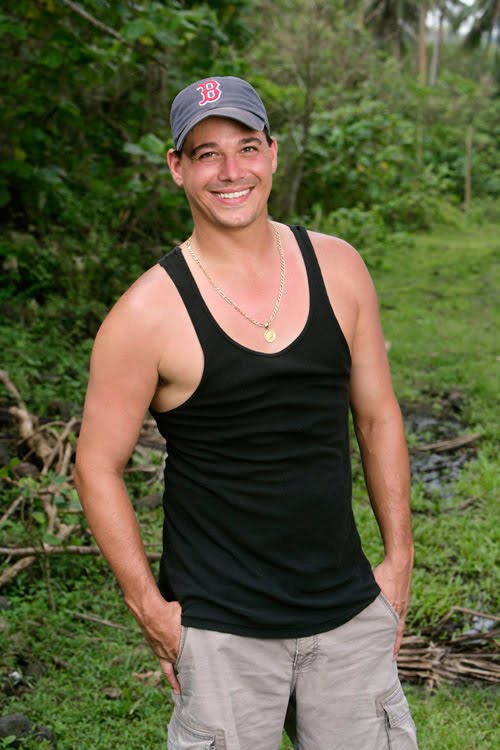 Tonight’s Survivor reminded me of why I want to play this game. Strategy really is the key to success. There are several strategies which work: whether you form a tight alliance and sail through with ease, take on the role of powerhouse and dominate the game, play the good guy and make multiple friends, or play the villainous manipulator.

This week the Heroes once again proved their lack of solidarity and individually they proved their lack of strategy. The only strategic players were Colby, Tom, and Stephenie who saw themselves as the outcasts and banded together to try and take out a power-alliance of James and Amanda. Their biggest problem? Choosing Amanda over James as the one to go. Why are all these scared castaways so afraid of getting rid of the men? Obviously the females on this tribe are a thousand times more strategic, but you do not need to the strength of the men. James’ perfect physique did nothing for the challenge. Don’t keep him around simply because he’s stronger than his ally. Get rid of the person who is campaigning for your exit. It’s so simple it’s ridiculous.

But before I get even more into the ins and outs of this episode, let me say that the Villains are amazing. More specifically Rob is amazing. There was a moment early on in the episode where Rob collapses and the medical team is brought it. He may have been dehydrated or simply over worked but the prospect of Rob possibly leaving this early would have ruined this season. Rob is oddly enough the most mature member of his team. He takes on the leader role immediately and continues to take charge of his camp when most of his tribe mates have given up. Rob has thoroughly impressed me this season and I’m oddly jealous of Amber. Why you ask? Because of this Rob is any indication of father Rob, she’s got herself an amazing baby-daddy.

Flash forward one immunity challenge (PS can we please have separate immunity and reward challenges? Also, how about exile island? I want it back!) and the Heroes once again lose their ridiculously grand lead due to a puzzle. Rob was clearly the reason for this win for a second week in a row.

Shortly after the challenge James begins attacking his tribe mates for not listening to J.T. Sure J.T. was picked as the leader of the tribe, but clearly he wasn’t doing a good job so you cannot blame the ladies for trying to take control. James, in a clearly masochistic manner, berated Stepehenie in front of the entire tribe and spent the rest of the day campaigning for her exit. It’s so apparent that James and Amanda still have a tight alliance that I cannot believe the other survivors are actually trusting them. The major problem with the Heroes team is that they aren’t a team…they are playing as individuals and poor sports at that. Getting rid of James would have upped the moral in the tribe and broken off his alliance with Amanda. Moreover, for such a well-built strong man, James has never proven to be a strong competitor. So the episode continues and the vote is essentially between Stephenie and Amanda. Amanda because she’s the weakest of the alliance (yet I bet she’s won more challenges overall than James) and Stephenie because she supposedly tried to take charge of the challenge. What’s the real reason Stephenie was targeted? She’s a likable girl and a strong competitor. The vote came down to Cirie and Candace deciding whom to align with. Do they choose the Tom-Stephenie-Colby alliance or side with everyone else. This early in the game, it’s tempting to go with the majority but if they had aligned with the minority a majority would have been formed. Furthermore, when this game is so preoccupied with past alliances, the best bet for Cirie would have been axing Amanda and proving her own independence. So in one of the worst strategic moves in Survivor history, Cirie stuck with her old allies and voted out Stephenie, and Candace apparently turned on her original ally Colby by voting out Stephenie as well.

For the second week, one of my favorite returning all-stars left. Even more disappointing is that for the first time I hate an entire tribe minus two. Tom and Colby are the clear underdogs now and after James’ horrible actions I want nothing more than to see him leave next week. I still have faith that Cirie is a wonderfully strategic player and that she may come back and destroy James….but until that time happens I’m routing for the Villains (especially Rob) all the way.