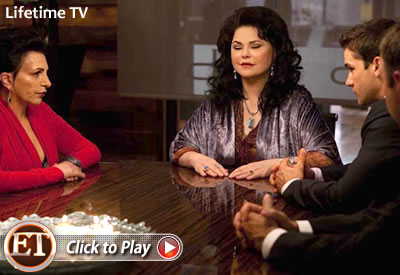 In one of the best episodes of the series so far, Drop Dead Diva went guest star crazy this week- in a completely non-annoying way.

First there was Rosie O’Donnell, reprising her oddly endearing role as a tough judge who’s also one of Jane’s closest friends.

Then came the doozy of a guest stint: Liza Minelli and Delta Burke as psychic sisters and clients of Kim and Grayson.

And to top it all off, my beloved Ben Feldman returned as my favourite character Fred (whom I thought had disappeared forever when he lost his job as Jane’s guardian angel).

I love this show so much!