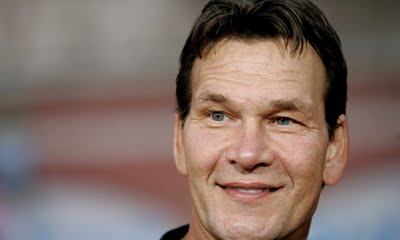 Another Sad Farewell to a Hollywood Great

Even though he is beloved mostly for his film career and reputation as an amazing guy, we here at My TV felt the need to honour the man, who’s final screen performance was for TV: a short-lived cop drama on A&E called The Beast, canceled because of the star’s pancreatic cancer.

We love you and will miss you Patrick Swayze!

(Swayze died yesterday at age 57 after a long battle with cancer).