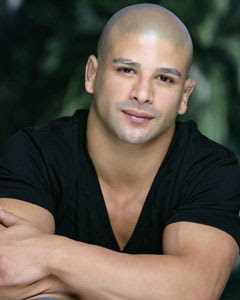 With tonight’s predictable (if you couldn’t see it coming after Tuesday’s episode, all you had to do tonight was notice that Russell was the only non-HOH houseguest who wasn’t dressed for the upcoming physical Head of Household competition) eviction of my favourite houseguest, the power in the Big Brother house is up for grabs, sort of.

Russell was a player who was significantly smarter than he seemed and knew how to play the emotions of the other houseguests. Like with his role model past BB players Will, Boogie, Dick and Dan, it’s clear that real world Russell is not the Russell we saw in the Big Brother house. Though I’m sure he is pretty emotional (also possibly violent, and somewhat disrespectful), I think most of Russell’s explosions in the house were planned tactics and that he is, in real life, the standup guy we saw tonight. I would argue that Russell’s Dr. Will/Dan gameplay served him much better than his Dick-inspired rants though (his strategies, manipulation, keen understanding of people and attitude that it’s just a game served him well while his outbursts brought about his demise). Clearly a student of the game and a damn good player (who made just a few key mistakes), Russell was my favourite from early on and will be missed.

But the power shifts. Now, unless (the semi but not completely useless) Jordan wins HOH, powerplayer Jeff (who keeps getting lucky breaks then using them wisely) is finally in some real trouble in the game.

Perpetual competition losers Natalie and Kevin plan to evict Jeff in the week to come, and I’m sure (my current favourite player) Michele would do the same if she’s using her neuroscientist head. So the condescending charmer’s days are (hopefully) numbered. It’s not that I dislike Jeff, I just think he’s gotten too many advantages thrown at him to be happy if he wins the game (that said, he has made the most important moves and cleared the path for himself brilliantly so even if it would be a bit of a tainted win, it might be deserved).

So I still hate Natalie, mostly because she’s a perpetual loser and coattail rider and I think she’s kinda dumb. But Kevin is quite delightful in the post-Lydia world of Big Brother; where once he was dramatic and eccentric he is now dry-witted and funny and his straight-faced manipulations last week turned the game around (serious BB points go to anyone who can lie that well).

As it stands, my houseguest rankings are as such: