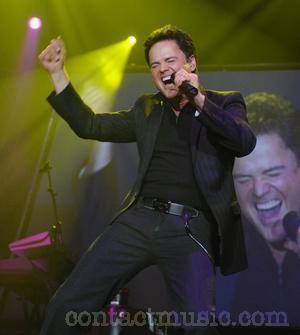 Dancing With The People Kelly Loved in the 90s

Season 9’s Dancing With the Stars cast was announced this morning, and the list certainly has some names to watch.

Most interesting on the list is Former House Majority Leader Tom DeLay. Really!?!

Other notable names are singers Macy Gray and Mya (the latter of whom I would tap as an early front-runner for that ridiculous disco ball trophy).

Kelly Osbourne is on board for what I’m sure will be a short catastrophe.

But most importantly, let the 90s nostalgia kick in. Starting with Donny Osmond, the man whom I fell in love with at the age of 6 when he starred in Joseph and the Amazing Technicolor Dreamcoat (did I really just admit that?). Next up is Aaron Carter: brother of one of my beloved Backstreet Boys, 12 year old white rapper and Lindsay Lohan/Hilary Duff lover extraordinaire (could not be more excited about this one!) and, last but not least, SABRINA THE TEENAGE WITCH!!!!!!!!! Melissa Joan Hart returns to TV.

While I could sit here and tell you that Mya’s probably got the best moves, Donny’s definitely got some grace, Melissa and Kelly will probably be gone pretty early and I have a sneaking suspicion that Tom DeLay’s been practicing his quick step, the truth is that the winner of Dancing with the Stars will be determined when they receive their partners on August 24. The man who works with Cheryl Burke will inevitably rise to the top of the pack, while (Emmy nominee) Derek Hough and Louis Van Amstel (a newcomer fresh off So You Think You Can Dance choreographic success)’s partners will certainly reap the rewards of having solid teachers. Assuming last year’s pro winner (and My TV favourite) Mark Ballas is back as well, one of the lucky stars will do well to work with him. Top notch partner Julianne Hough will most likely be off this season to focus on her music carreer but hopefully SYTYCD alum like Lacey Schwimmer, (Emmy nominee)Dmitry Chaplin and Chelsie Hightower will be back (I’d love to see a Chelsie/Aaron Carter pairing).