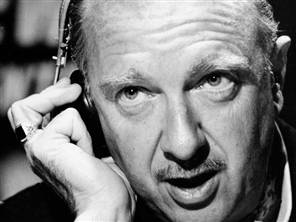 The hits just keep on coming as news broke today of yet another depressing celebrity death.

This time it was 92 year old legendary newsman Walter Cronkite.

The beloved anchor was once considered “the most trusted man in America”. His coverage of the JFK Assassination is iconic. He was the world’s most trusted source during major events like the moon landing and Watergate. And his pronouncement that the Vietnam war was “unwinnable” is still looked on as a turning point in history when LBJ realized that “if [he’d] lost Cronkite, [he’d] lost America”.
Someone please shine a light, because the stars seem to be fading fast.