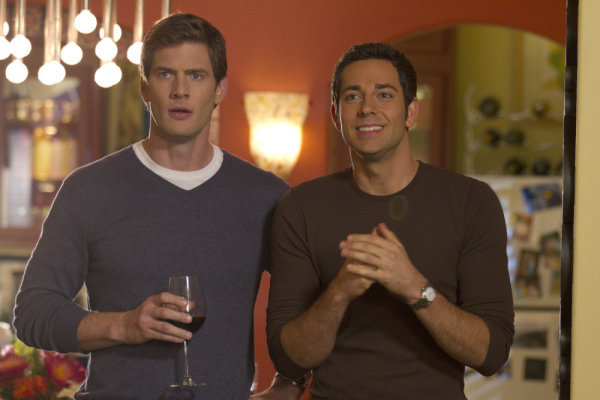 To say that being a loyal Chuck fan since I downloaded the first episode for free on ITUNES has paid off way bigger than I ever guessed it would is to underexpress to the extreme. Chuck has become something much bigger, grander and greater than I could have ever imagined. And it just keeps getting cooler! The past five episodes should be taught in college for how to continuously up the Awesome (both metaphorically and literally) in a series and build to a huge SEASON (god and Jeff Zucker willing) finale.

Everyone, and I mean everyone, even the underused Ellie, was great in last night’s episode, “Chuck Vs. The Colonel,” from Morgan’s break for freedom, adulthood, and Hawaii, to Casey’s acceptance of the genuine affection and respect he has for Chuck. But Chuck and Sarah- ho boy. I had no idea how invested I was in these two until that early morning snugglefest turned into a make out session*. At times, I’ve felt these two weren’t the epic love story that the show needs them to be, but both Zachary Levi and Yvonne Strahovski really, truly brought it this episode. The action, the plot and the comedy were all positively top notch this episode, and really justified Kelly’s refrain that I should trust in Josh Schwartz. The writers of this show clearly get the characters and the world they created.

Plus, Awesome made the inner circle! How cool is that?

On the Life Watch, Chuck Edition, I think this show should most definitely be getting a third season, and for some reason, despite the fact that it’s a bubble show, I’m feeling confident it will. I don’t get why it doesn’t have a broader audience (it’s one of the most widely accesible shows I watch), but I think it certainly merits new consideration from people who wrote it off after that first season.

*Plus, you got to love that Chuck and Sarah are so adament at practicing safe sex. It says something bad at the state of television sex scenes that at first when Chuck jumped up from bed I couldn’t figure out what he was searching for (characters on television never have to stop to put on a condom!). But listen up kids, even being a badass spy chick doesn’t make you immune to an unplanned pregnancy.