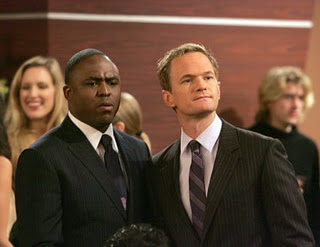 Oh Mother Whom Art Thou

In the latest How I Met Your Mother casting news, Six Feet Under matriarch Francis Conroy has signed on to play the mother of the infamous Barney Stinson (Neil Patrick Harris).

The part was originally voiced off-camera by Megan Mullally (Will & Grace) in flashbacks that explained why Barney believes that Bob Barker is his father and that his brother (Wayne Brady) is black because his mother ate too much coffee ice cream when she was pregnant with him.

She may not be what I expected for the free-wheeling mom but Francis Conroy has never let me down before, I’m sure she won’t on what promises to be another great episode of my favourite sitcom.