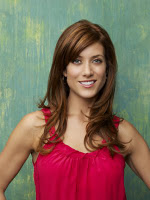 I have loved Private Practice so far this year. But this episode threw me a bit.

Complaints and Grievances
It was great to see Addison back in the OR. That’s where she belongs. That’s what she’s good at. Surgery and personal connections are not mutually exclusive and yet Addison is turning her back on a opportunity to save lives and do what she loves in order to deliver babies at a health spa? Even if giving up surgery really is what she wants (though it clearly isn’t), isn’t it sort of her duty to be where she can make the biggest difference? Especially since not many people can save lives like she can.

And what was with the firefighter? In the past 2 episodes we’ve been treated to stories that were morally fascinating, that actually fell into grey areas. And this week we get a heroic and manly firefighter who has post traumatic stress disorder and finds comfort wherever he can but doesn’t have the guts to trust that his men will respect him no matter what? Let’s give people a little more credit than to assume that they would care more about your undergarment choices than the 3rd degree burns that cover your entire body and the fact that you got them by being a selfless hero.

And of course that kid wasn’t a sociopath. That kid was a teenager. A teenager who’d just lost his dad. It’s one thing for Violet to be suspicious after the mother’s obsessive allegations but she should really have enough professional perspective to be able to tell that she was dealing with a perfectly balanced, grieving teenager and nothing scary. And as for that mother, what kind of person is that ready to assume the worst of her own child? Especially at a time when not only did he clearly need her support, but he was consumed with looking out for her. A narcissistic sense of entitlement is one of the key symptoms of sociopathy and this kid was curled up in a little ball, was the truth not obvious? And by the way, just because you don’t see someone cry doesn’t mean that they don’t.

As much as Violet (Amy Brenneman) bothered me in this episode, her final speech to Naomi was my favourite in the episode. It is a reality that the show had yet to explore that when Addison arrived, Violet lost her place as Naomi’s go-to person. And now that she’s not speaking to Addison, for Naomi to turn to Violet as a replacement is completely unfair. I liked that she stood up and said “come talk to me when you want to talk to ME”, I get it, I liked it.

Also, this was the first time I have ever liked the character of Charlotte King (KaDee Strickland). She was very human in this episode, which somehow made me forget how much I’ve always disliked her. KaDee also scored some serious points on ABC.com’s Private Practice Podcast, where she comported herself beautifully and came off as very intelligent and thoughtful. Also interviewed on the most recent ABC.com podcast is Chris Lowell (Dell).

Now let me take a minute to talk about Chris Lowell, ’cause he’s a pretty cool guy. He definitely has the looks and charm to be the pretty boy, but he is so much more than that. Lowell has a spark, a sort of fun sweetness and a bumbling side that makes him incredibly endearing. But he also has proven time and time again that he’s got a lot of depth beneath those pretty pretty eyes, he’s so much more three dimensional and real than anyone that good looking ever seems. He was my favourite on Life As We Know It, definitely the sweetest of Veronica Mars’ boyfriends and his character Dell on Private Practice may just be the best thing about The Oceanside Wellness Group and I’m so glad that he’s back.