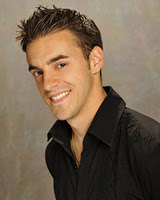 WHAT DO THESE 3 PEOPLE HAVE IN COMMON???

…they were fantastic players who never won Big Brother.

Now, let us observe the other end of the spectrum; a place where only the best of the best reside; where brilliant strategy meets unparalleled charisma, oratorical skill, the ability to read people, befriend them and manipulate them.

This place is The Winner’s Circle.
Don’t get me wrong, Lisa Donahue, Dick Donato and other BB winners may have won the grand prize, but they’ve never ever come near The Winner’s Circle.
No, it is a place that has only ever been occupied by 1 person.
and that person is…

This season, a player showed up who may not have been Will’s equal, but he certainly came pretty close. And, like Will but unlike all the other great Big Brother players in history, he actually won the game. Last night, in Big Brother 10’s season finale, the jury of 7 voted unanimously for the winner of $500,000, thus making this player the 2nd person to enter The Winner’s Circle, a place reserved for only those winners who truly deserved to win. The real All-Stars if you will.

This year’s winner, and real Big Brother All-Star is…

On Today’s episode of HouseCalls, The Big Brother Talk Show, Dan (alongside his Renegade alliance partner and runner up Memphis) admitted to having modelled much of his game plan on Dr. Will’s infamously successful Chilltown alliance (with good friend, puppet and season 7 winner Mike Boogie), thus explaining much of his success and the root of all the Will comparisons that have been going on all summer.

In 10 seasons, many houseguests have come in claiming to be big fans of the show but few have ever used their knowledge of the show to their advantage. Dan, on the other hand, used the 9 seasons that came before him as stepping stones to the money. He knew that a cool head always won. He knew a small, 2 person alliance to the end would get him much further than a big one. He knew that winning competitions was not an advantage, unless absolutely necessary. He knew that charm would get him much further than force ever would. He knew everything he needed to know.

Add in his gift of the gab, natural charm, quick wit and trustworthy nature with a scruple-less ambition and you’ve got a reality TV history maker.

other finale highlights include:
– Dan predictably talks circles around Memphis during the jury interviews, cruelly yet subtly pointing out his opponent’s wrong doings.
– Brian (a could-be winner if graced with a little more finesse) and Steven (one of the season’s most likable personalities) call the houseguests out on a season full of bad behaviour.
– Former houseguests make cameo appearances in the audience. Most notably, Season 8’s delightful villainess Jen next to her boyfriend Nick (who pined for Daniele while calling Jen ridiculous for saying that he’d fall for her instead, once they left the house).
and
– the America’s Player week clips coupled with Jessie’s gross ignorance made for wonderful entertainment.

(for the best of this season’s Big Brother highlights check out Episode 28 on CBS.com and watch as Dan and Memphis reminisce about a hilarious summer).