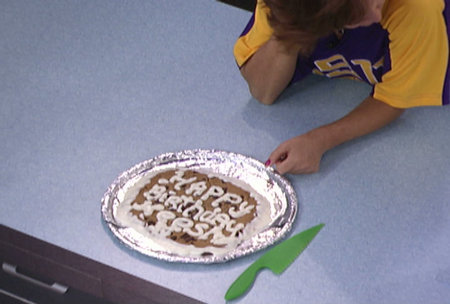 For a great laugh head over to cbs.com and check out this week’s veto episode of Big Brother. Not only does Dan put on an amusing performance as America’s Player in his quest to hug Jessie, Michelle breaks down about the infamous unitard. Most hilarious, though, is the epic fight of the week in which the irredeemably mercurial Libra flies off the rails yet again in a blowup that includes half the house fighting about nothing. This, in itself, is amusing, but nothing beats the awkward hilarity of the moment when the fighters pause just long enough to sing “Happy Birthday” to Keesha before resuming their screaming match. I tell you this is better than anything even the best sitcom writer could have come up with.

PS: my thoughts on the players as they currently stand…

I could not dislike Libra more. She’s older than most other houseguests, a mom, politically left wing and outspoken; she should have been a Danielle (seasons 3 and 7)-type player, but instead she’s made my top 5 least favourites of all time (alongside season 9’s Jacob and, season 5’s Holly and season 8’s Dick and Daniele)

I keep flip flopping on Jessie. While, overall, I can’t stand him there are moments when he almost completely redeems himself. Like the way he stayed by Michelle’s side after she fell from the HOH competition and when his strategies actually make sense. If he just was less obsessed with himself, if his head was the correct size for his body and if he didn’t abuse the word “respect” so much he almost seems like I could have liked him. Too bad I don’t.

April looks like an alien. Also, how boring must her relationship with Ollie be if the producers are airing almost none of it?

I like Dan. All my liberal, secular reasoning tells me not to but I like him anyway and there seems to be nothing I can do about it. He’s playing a smart game. He got unlucky the first week, but that doesn’t mean that when he picked Brian as an ally, Dan wasn’t picking a deserving partner. In fact, I think that if he’d had the wherewithal to tread a little more lightly, Brian would have been the best player in the game. However, once his alliance dropped him in the pooper early on, Dan has kept his head down, his mouth shut and his ears tuned- the best strategy I’ve seen in the house so far.

Jerry is a mean, potty-mouthed, stubborn old man who is only tarnishing the name of the American military by so proudly touting it and who has openly accused others of crimes he himself has committed (see his unfairly labelling Memphis a womanizer whilst he himself fondles April’s breasts and tells Libra to “shut up”).

And finally, if Memphis goes home this week, the houseguests will have successfully eliminated all of my favourite players in order of my preference- I hate these people. Why do I have to watch week after week of Libra, Jerry and Jessie when I could have had the Brian, Steven and Angie show?