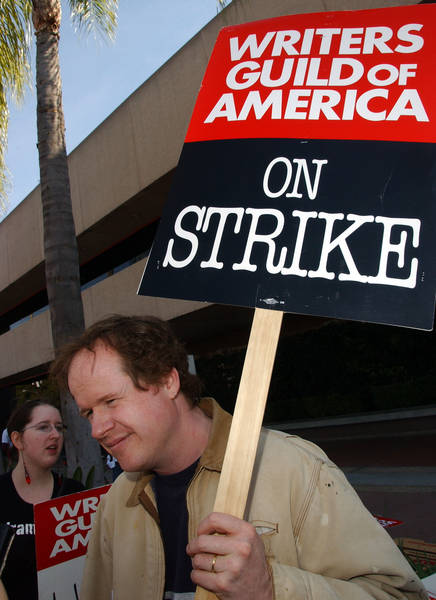 My TV Heroes stand up for the little guys.

As the nightmare WGA strike continues a plethora of star actors, writers and directors have been spotted on the picket lines showing their support. Steve Carrell refuses to cross the picket line, shutting down The Office completely until the strike ends even though they already have some finished yet unshot scripts. Ron Rifkin has joined the Brothers & Sisters writers and Julia Louis Dreyfus is out there too for the Old Christine writers. Patricia Arquette made an appearance an Jay Leno brought donuts

my favourite? Allyson Hannigan and her husband Alexis brought candy bars with Cobie Smulders out to the HIMYM writers.

Joss Whedon is out there too- LOVE. read his open letter from Variety.com here: