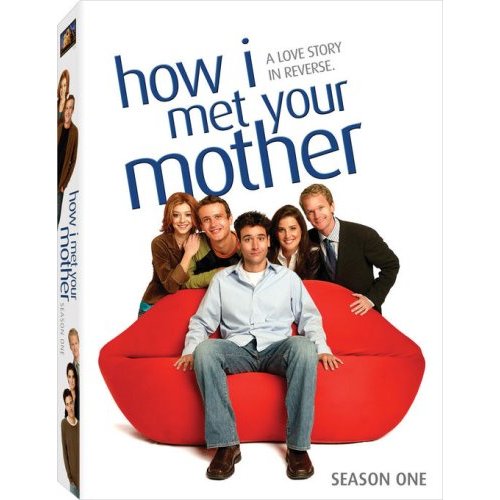 Today I went to Best Buy and bough Season 2 of How I Met Your Mother, Season 3 of The Office, Season 3 of Arrested Development and Season 1 of Friday Night Lights.

I love TV on DVD. if I was patient enough to wait until everything was released on DVD I would watch everything like that. Cliffhangers mean nothing, there are no commercials and everything takes either 22 or 43 minutes instead of hour and half hour blocks.

I’m in the middle of season 2 of How I Met Your Mother and have to say that its just as good the second time around- totally worth the $35, even if you watched it all when it aired.

Also great for catching up on other series that you’ve missed (its how I watched all of Greys and intend to catch up on Lost and Heroes, its also how I watched the entirety of Buffy, Kitchen Confidential, Sports Night, Arrested Development, Slings and Arrows, the beginnings of Six Feet Under and Prison Break as well as much of Veronica Mars and The West Wing)

TV on DVD- my favourite thing EVER to buy. also: if you think about it, for a single season of the average sitcom you get 22 episodes of 22 minutes each that’s like 8 hours of straight material plus bonus features and commentaries. for an hour show you get 23 episodes of 43 minutes a piece (sometimes 13 episodes of hour long shows, depending on the network) which gives you more than 16 hours of brilliant programming. All for somewhere between $25 (your average sitcom price, ie: HIMYM, FRIENDS) to $45 (the average hour long action-adventure price, ie: Prison Break) to $65 (the average bit hit price, ie: Grey’s Anatomy) to $85 (your average high income target demographic price, ie: West Wing, Six Feet Under). And that’s at HMV the most overpriced of stores available. And second hand you can get them for almost half. If you buy a film newly released on DVD it’ll set you back about $40 for about 2 hours plus special features- ladies and gentleman if this isn’t hard proof that TV is an under appreciated (though I’m glad to keep it that way to support my budget) medium than I don’t know what is.