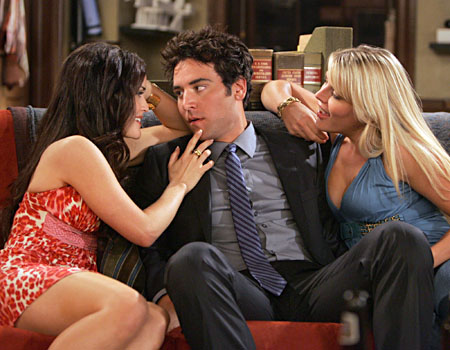 really really funny. nice turnaround of classic trapped in a room episodes like Marshall and Lily in the bathroom waiting for Ted and Victoria to move to the bedroom in season 1 and four of the FRIENDS trapped in the bedroom while Ross and Rachel have their massive “we were on a break” breakup fight.

it was great to see Trudy again (a season 1 favourite as well as a welcome face from The West Wing) and its always fun to see Dawson’s Creek alum back on TV (Busy Phillips).

I still don’t like Lily’s evolving style, she doesn’t seem down to earth, friendly, and independent enough anymore.

Robin’s storyline was unfunny and dumb.

but overall the episode made me laugh out loud on numerous occasions. The Wii stuff was hilarious.

How I Met Your Mother man… best sitcom perhaps ever.