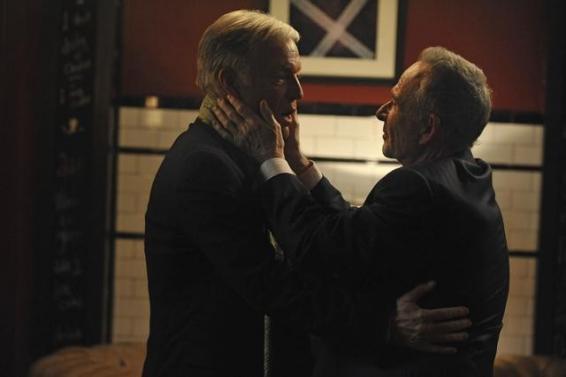 Brothers and Sisters- an episode I didnt love

For the first time ever I was disappointed with this week’s Brothers & Sisters. First of all where was Sarah? she was only in one small scene then disappeared. It seemed almost as if Rachel Griffiths was shooting a movie or something and could only spend a couple hours on set for the week. I hope she’s in more in the next couple weeks, she’s so immensely talented.

I’m tired of Justin and Nora’s pity party. I want the old fun Justin from last year who had more troubles than imaginable but smiled through everything- I don’t like him in pain and I don’t like him on his meds either. I need him better so that he can be wonderful and Nora can be funny and opinionated and busy-bodyish (like she was in relation to the radio host in last week’s wonderful episode).

I was really glad to see Scotty again- I always liked him. Any storyline with Kevin and I’m in- I haven’t disliked one yet. Kevin’s definitely the best character (and the show is very good about responsibly portraying gay men realistically). I love Scotty’s smile and how it seems to brighten when Kevin’s around, he just seems like someone you could really open up to and I love that he’s making something of his life.

And McCalister– he cant possibly win the election and stay on the show but there is no way that guy loses. He’s a republican who liberals love- he’s a win win. and those baby blues…

I like that they’re taking their time with Sol’s bisexual story-line. The show tends to burn plot really quickly so its nice to see them pace themselves with something that could be so fascinating to see unfold.

The making sundaes bit at the end with Nora and the boys was nice but we really need more Walker family together-ness– that’s the heart of the show and when it’s a its best.

overall a bit of a let down but there were some lovely moments (all Kevin related in some way) and every other episode ever aired has been close to perfect so they’re allowed a weak point every now and then.