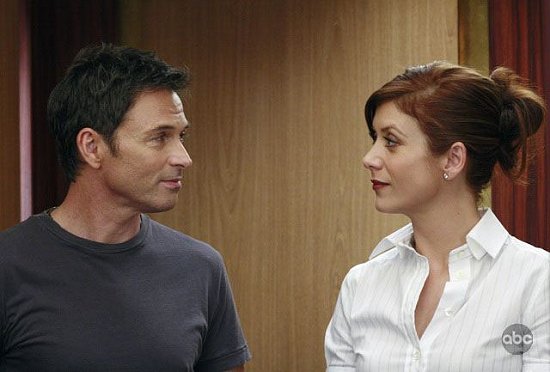 She’s the best. Kate Walsh brought to life a character that was set up to be hated by an entire continent rooting for her husband to be with another woman. She turned Addison into one of the most complex and compelling characters on Grey’s and I would watch her in anything. That said, private practice wasn’t as great as expected but its sure to improve and I love soo many of the people involved. Its a blast to see Paul Adelstein play someone so completely different than how we’ve seen him on Prison Break for the last 2 years, he’s so bumbly cute and his character’s friendship with the adorably dysfunctional Violet is wonderful (I really hope the producers dont throw them together and instead leave them as truly best friends. I’m also so glad to see the Piz has a job since Veronica Mars didn’t come back. I really liked Dell’s speech demanding respect from Addison. and Taye Diggs has a smile that could light up the dark side of the moon (and he’s a Broadway guy married to Idina Menzel which just adds to the awesome). So far I love the cast and under the leadership of the people who brought us such dynamic and intricate characters as Preston Burke, Miranda Bailey, Christina Yang and Addison Montgomery herself, Private Practice promises to be a crowd favourite. (PS: though I’m glad Addi didn’t last with Derek I don’t understand who would ever chose Meridith over her).