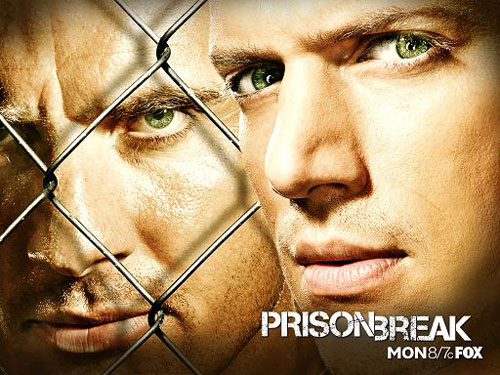 I admit I love the Wentworth. I love his secretive eyes, his heart shaped face, his perfectly defined lips, the small mole on his temple, his strong hands, the way he exudes quietly intense intelligence, etc… but I have to admit that even if we put him aside for a moment I still love Prison Break.

Ive just finished watching the third season premier of the show (courtesy of fox.com) and was on the edge of my seat the whole time. I was a little disappointed in the second season as a whole so was unsure about the third (now mind you I was disappointed but still enthralled so there was no way I wasn’t coming back) but so far its proved a bit of a return to the original brilliance. Though not as exhilarating as the first season (I’m already tired of the prisoner who runs the prison and his so called “rules”), it’s nice to see the guys stop running and have to think things through again. What made the first season so great was knowing Michael’s plan was already set and watching it play out (as well as watching him think on his feet and adapt to the obstacles that came up). sure it was an action/adventure show but it was more intelligent and suspenseful (also home to some of the most interesting and well-played/developed characters on TV- Robert Knepper is the king of character study!!!). The second season was mostly running and Link without a shirt. This season Michael’s back in Prison (alongside 3 other characters we already know- the bores that are Bellick and Mahone and the awesome villainy of T-Bag) and we get to see him come up with an escape plan. It’s sure to be somewhere in between the brilliance of the first season and the mediocrity of the second. Also, this plot line certainly wasn’t in the original plan so the answers cant be in the tattoo. we’re sure to see plenty of long sleeves on Wentworth this season (so he doesn’t have to spend the extra 5 hours in makeup).

We’re also going to sincerely miss Sarah Wayne Callies (Sara Tancredi) who’ s not in the cast this season. As far as we know Sara and LJ are alive and have been kidnapped but with Michael’s attachment to her and her non-existent contract she’s bound to meet an unfortunate fate. Too bad, I always like Sara.

Must go, more to come as the new TV season unfolds.