Brad Smith is nominated for his sound design in Flat Earth Theatre’s production of Terra Nova, a show filled with terrifying shrieks of Antarctic winds. We chatted about the design process, Smith’s recent IRNE nomination, and just how far one can go to capture all the different sounds of wind blowing. 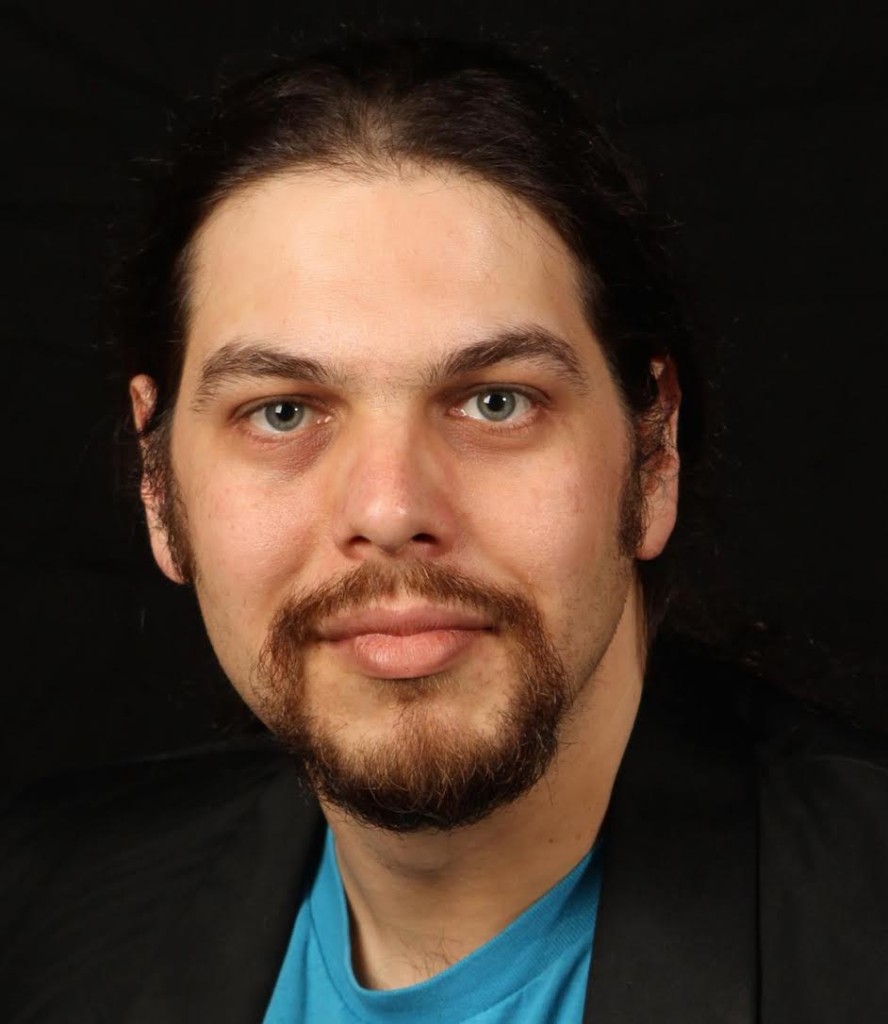 What drew you to work in the theatre?
I’ve been performing in one way or another for literally as long as I can remember. Sound design for live theater is relatively new to me, though. I got my start with sound design on a podcast in 2006, when I was cast in Second Shift (secondshiftpodcast.com), a serialized audio drama that was in production through 2011. Cast members split the work of editing between them, and I found that I really enjoyed the art of assembling an audio scene, especially creating interesting sound effects. Like most of the cast and crew of that show, I went into it with no idea what I was doing, but eventually I got the hang of it, and in time I became the tech producer in charge of post-production.

The bridge that connected podcast sound design to design for live theater for me was the Post-Meridian Radio Players (pmrp.org), which does live re-creations of classic and original radio scripts on stage. I grew up with a love for old radio theater, being fortunate enough to have lived near a station that played Jack Benny, Dragnet, Charlie McCarthy, and other shows of that era every Sunday Night. I would tape them each week and listen over and over. So when I learned about the PMRP through regulars that were also in the Second Shift cast, I started working with them as an actor, director, and eventually sound designer. From there it wasn’t much of a leap to designing for more traditional live theater shows.

How do you begin developing sound for a show? Are there certain aesthetic choices you find yourself returning to?
I create a cue sheet in a cueing program like Qlab or SCS, and create an empty cue for each sound in the script, with a description of the sound and the line or stage direction that prompts it in the entry’s description. This both gives me a TO-DO list, and provides notes that the run crew can use when preparing to run the cues at performances. The rest of the process is a matter of going through that list and finding or creating sounds for each item. I try to start with whichever cues look the trickiest so I can run a draft by the director as soon as possible.

I enjoy the challenge of making effects for myself rather than buying them pre-made when I can, especially for unusual or complex sounds. This makes the development process very different from show to show. I always have a portable recorder in my backpack, and I try to collect interesting audio as I find it, and experiment with ways to tweak and combine sounds from my library to get what I need for a cue.

Sounds like a full-time job, which has obviously paid off in the quality of your work. Congratulations on your IRNE nomination for Terra Nova! What was it like working on this excellent production?
Thank you! Just to be nominated is extremely gratifying!

First off, working with Flat Earth was a wonderful experience. It was my first show with that company and I felt immediately accepted and supported. They’re a great group.

Terra Nova in particular was a really interesting show to do because being set mostly in the Antarctic, 90% of its sound cues are just…wind. It would be easy to make that simple, but boring: one loop for light background ambiance, and one for when there’s a storm. Fortunately the director, Jake Scaltreto, really wanted to treat the wind like a character in its own right, and gave me a lot of creative control over providing it with a full range of “voices.” The production went up in winter while we were experiencing blizzards of our own, so I would leave my portable recorder overnight in the back yard under a plastic tub. In the morning I would retrieve it and skim through the recording looking for moments where the wind showed personality (and resist the urge to clandestinely take down my neighbor’s wind chime). When we went on vacation in Vermont, I left my recorder in the fire place and got some great recordings of the wind howling over the chimney. I even ended up including a recording of the wind coming out of a CPAP machine overloading my microphone for some of the really big storms. I got a little obsessed with making recordings of wind, is what I’m saying.

But! In the end I was able to combine these sounds, along with a couple of purchased recordings, to round out the variety into a set of distinct wind loops of varying intensity that could be layered on top of one another to create anything, from a very subtle background noise to something so loud the actors were instructed to yell their lines over it. There were cues throughout the show to make the wind rise and fall in subtle (and sometimes not so subtle) ways, often mirroring the emotional states of the characters.

In short, the show was a really interesting and welcome challenge, and I’m proud to have been a part of the great team that put it all together.

You recently worked on sound design for Citizens of the Empire, a space opera. How does your approach to sound differ depending on the genre of the show you are working on?
I’ve always wanted to do a sci-fi show like Citizens, because a fantastic (in the “fantasy” sense) genre like that has so many unique options for creative sound design. It’s only so often you get to do a show that asks for things like laser guns and giant space battles, and I’m proud to say that every single sound effect in Citizens of the Empire was made from scratch out of my own recordings, combining the sounds of real things in unusual ways (plus a lot of effects) to create the sounds of unreal things. It’s the only show I’ve worked harder on for sound design than Terra Nova, and I’m very proud of the results.

As well you should be! What’s next for Brad Smith?
I’m currently voice acting with the Post Meridian Radio Players in their upcoming adaptation of Alice in Wonderland. After that… who knows? I’ve got a few music projects, as well as some non-theatre technical projects going on, and will be concentrating on them for a while. …until the next interesting-looking show inevitably pulls me back in, of course. :)