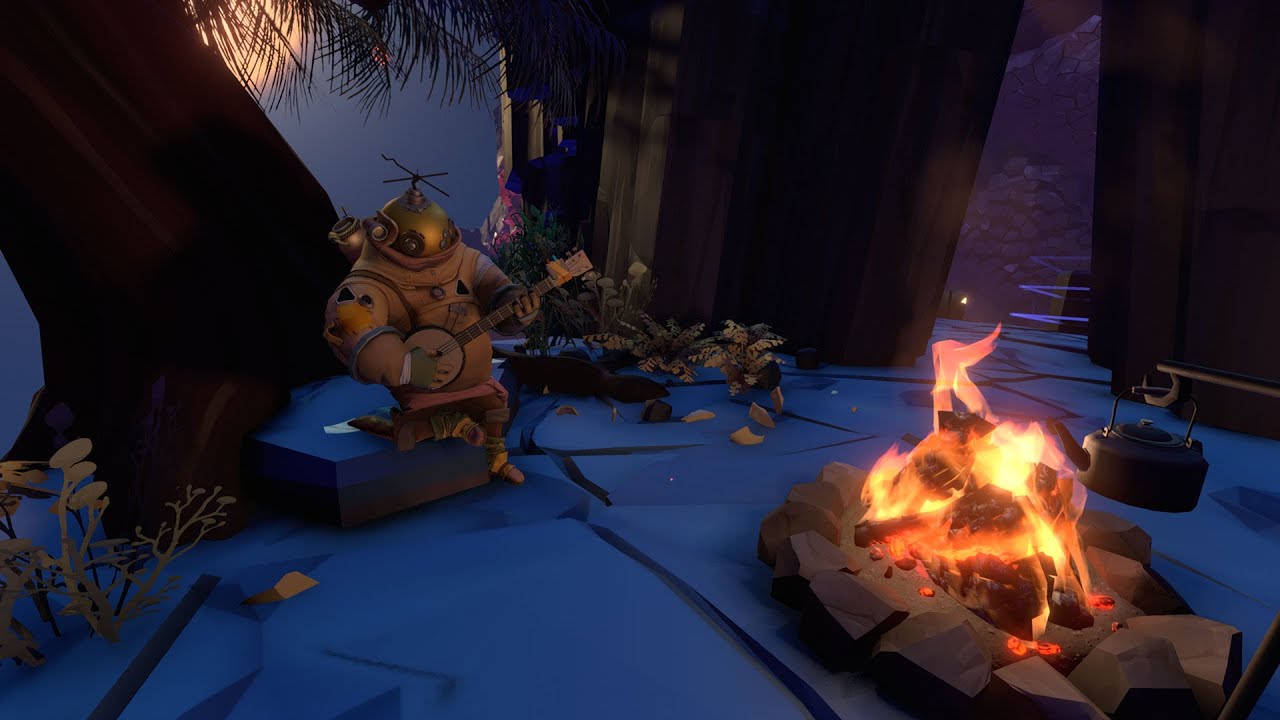 The gaming industry is extremely productive. Every year more and more games are released that resonate in people’s hearts. Some of these games are transformed and turned into slot machines in casinos like BetChan, and some disappear into the shroud of ages. Today we take a look at one of the most exciting projects of 2019 that unfortunately went unnoticed by the public.

The Genesis of the Game

In Outer Wilds, the player takes control of a nameless explorer from the planet Timber Hearth. The space program was started by the inhabitants quite recently, which is hinted at by the main character’s starship assembled from planks. The Timber Hearth citizens discovered traces of an ancient race, and the main character managed to make contact through a mysterious statue in preparation for his first flight. Unexpectedly, a star in the local solar system turns supernova, covering the planet, but our ward does not die, falling into a time loop. Time after time he lives out the last 22 minutes of the celestial body’s life and must find out the secret of an ancient artifact capable of stopping the death of all life.

In Outer Wilds, there are no cool video clips, technological graphics, epic orchestral music, and pathos-laden dialogues. At the same time, the game gives you the feeling of an exciting adventure. From the beginning, you can choose the path you take to unravel it. In addition to Timber Hearth, there are many different planets in the system. By visiting each, the protagonist will assemble the overall picture of events, like a puzzle piece by piece.

Each of the planets has not only its own visual design but also in its own way changes the gameplay. For example, somewhere tornadoes and hurricanes are raging so strong that they raise entire islands in the air for a while, and you, thinking over another puzzle, need to keep in mind the fact that soon the piece of land you are on, will fall down. Somewhere gravity is reduced or increased, and somewhere weightlessness reigns, which opens up new possibilities for moving and jumping over obstacles.

Variety gameplay and directly to the ruins of the ancient race, where the player collects crumbs of information. This is a finding of text clues, and solving logic puzzles, and inserts platforming, tied in the application of the jetpack paired with a changing gravity or the use of artifacts, allowing you to walk on the walls and ceiling contrary to the laws of physics.

An important element of the research will be the very same time loop. Every twenty-two minutes you return to the starting point of the game, on Timber Hearth, but the protagonist remembers all the events that happened to him. All of the knowledge he gained during his journey is also retained. In this way, you gradually build up your own understanding of the events leading up to the destruction of the sun.

This gameplay solution, however, brings with it one major flaw. The game doesn’t care how advanced you are in solving this or that puzzle. It doesn’t matter if you’re aimlessly scurrying from planet to planet or if you’re about to find a solution after a long search of all the possible solutions. After about twenty minutes you’ll be thrown back to the beginning and everything again – take off, fly to the right planet, land, and solve the puzzle from scratch.

If you solve puzzles quickly, it won’t prevent you from enjoying the game, but if you solve them slowly, after a dozen such restarts this solution of the developers begins to tire you out. It was similar in the cult game The Legend of Zelda: Majora’s Mask, but there the designers gave you the opportunity to change the speed of time flow. There is no such option here.

Nevertheless, the game doesn’t let you get bored, even in the intervals between waking up after the return to the beginning of the loop and solving the puzzles. The developers have tried to fill Outer Wilds with a lot of details, which are designed to diversify the exploration process.

The flight on the spaceship is very well designed, you need to consider in what direction and at what speed you fly, several axes of hull rotation, and gravitation on the approach to the planets. A spacesuit gives you several advantages, like a small jetpack and a supply of oxygen for spacewalking and being underwater.

Take care not to crash the ship during a hard landing, not to damage the integrity of the suit, and so on.

The game is quite chamber-like with a good density of action. Here you won’t find expanses for hours of space travel (you can fly from edge to edge of a star system in thirty seconds) and you won’t explore much the surface of the planets.

Each of them is a tiny ball on which fits, for example, a couple of islands and a small forest – all the time will be focused on the quest component. And all this definitely benefits the game – the developers intelligently minimize the time spent not on the main gameplay.

Being made on the Unity engine, the game shows a delightful picture. The cartoon style has a good effect on the overall atmosphere. And calm and exquisite music perfectly complements the visuals.

At the same time, we would like to note the absence of any bugs and performance crashes, which, unfortunately, are often found in indie projects.

Outer Wilds is a very pleasant and unexpected surprise, created especially for fans of the adventure genre. Interesting explorations, good puzzles, and unusual presentation of the story are able to drag on for a couple of dozens of hours.