Legends of the MLS 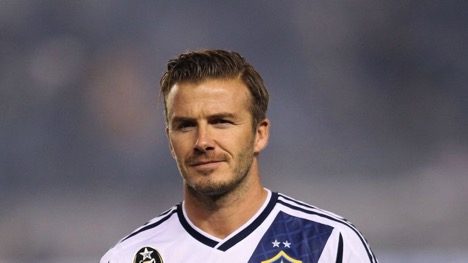 It’s impossible to deny the fact that the MLS has grown in popularity in recent years. The league has seen legends who are in the twilight of their careers come and show the skills that made them so successful to thousands of fans. On top of this, sports betting for MLS games has also become much more popular in 2020, with so signs of this trend slowing down.

If you are one of those fans who enjoy the odd wager from time to time, you should check out this promo code to see what offers you can get your hands on. The MLS is only going to keep getting stronger, so it’s only fair that the offers seen at online bookmakers keep getting stronger too.

While all of this is well and good, just who are these legends who have had such an impact on the MLS? Let’s check them out right now!

This man is hailed as a bit of a God-like figure in certain parts of Europe, and as MLS fans may have noticed, he’s rather talented with a ball at his feet. The great Zlatan has a bit of a unique character that’s for sure. His confidence levels are enormous, but then again – when you’re able to score bicycle kicks from outside the penalty box, they should be.

Ibrahimovic, who is originally from Sweden enjoyed a spell at LA Galaxy before deciding to return to Europe this season. No doubt LA Galaxy fans and players alike are missing this legend of the game.

Wayne Rooney has had one incredible career! He’s been a superstar at clubs like Manchester United, but he’s also been a hero for the England International squad too. Rooney shot to fame back when he was just a teenager, which is when he scored his very first Premier League goal.

Rooney enjoyed quite a fruitful career in the MLS, even though it was relatively short. He played for DC United and scored 23 goals alongside 15 assists in just a couple of seasons at the club. Many thought that Rooney just made the move to the MLS for the money, but when you watch the performances that he put in for DC United, it is clear to see that he was just as passionate as ever – which thrilled the fans.

There’s no denying that the first two guys on this list are phenomenal soccer players. However, this man has a legend status like no other. Much like Wayne Rooney, Beckham made his mark at Manchester United under the guidance of Sir Alex Ferguson. He enjoyed a fantastic international career as well, having been an England hero many times on the pitch.

Beckham played in the MLS for the first time over a decade ago back in 2017, which is where he made his debut for LA Galaxy. Beckham is once again taking a stab at the MLS but this time not as a player, with his new and exciting team Inter Miami.

What’s Next for Bond?
Become a Maverick & Live Your Best Top Gun Life
Taking a Look at the English Football League Pyramid System