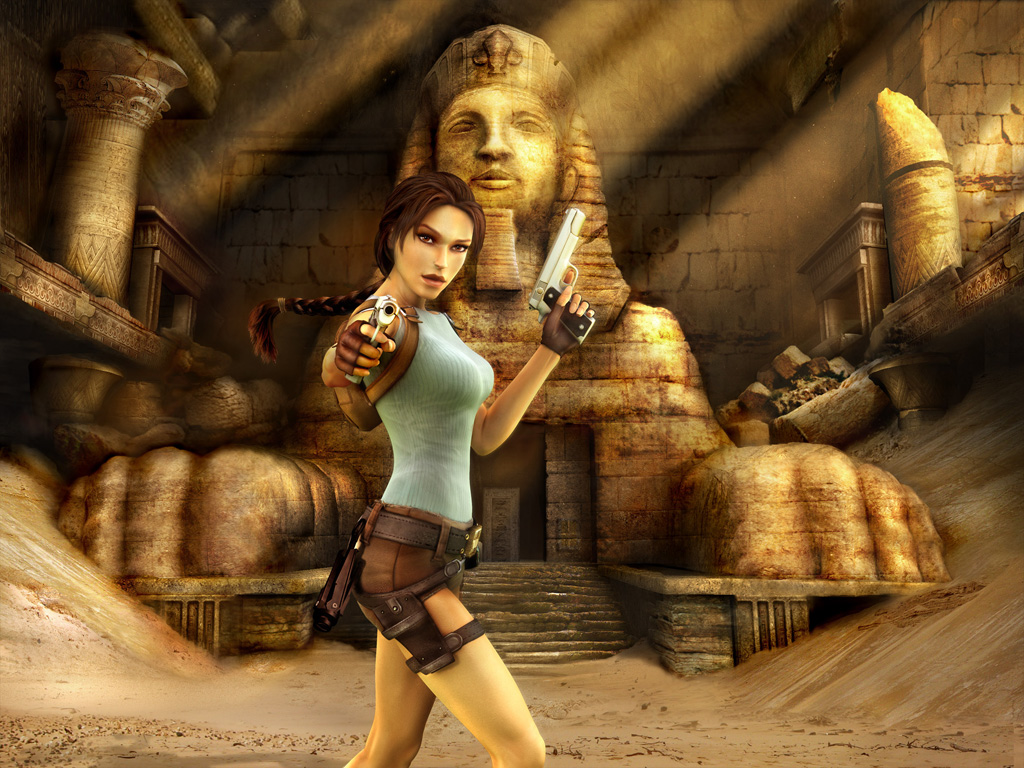 For decades if not centuries, the ancient Egyptian civilisation has held an unparalleled mystique. From Tutankhamun to the Pyramids of Giza, there is seemingly no end to our appetite for all things Egyptian.

Untold numbers of movies, books and even video games have been dedicated to the topic, with some more accurate than others. In the field of video games in particular, players seem to love the romance and mystery of the ancient Egyptians.

In this article, we will take a look at the best Egyptian style video games of all time, diving deeper into what exactly makes these video games so special.

So, without further ado, let’s take a look at the best Egyptian style video games of all time…

One of the biggest video game franchises of all time, Tomb Raider was launched in 1996 on Playstation. Detailing the adventures of one Lara Croft, a refined Englishwoman and the game’s main heroine, Tomb Raider became a smash-hit success with several sequels following the original. Gamers of a certain vintage will doubt fondly recall the adventures of Croft in the original Tomb Raider title when the scantily clad action hero battled mutants in a search for rare artefacts in Egypt.

In Tomb Raider: The Last Revelation (1999), Lara returns to Egypt and this time the gameplay is even heavier on the ancient Egyptian theme. Traversing Karnak, Alexandria, Cairo and Giza, Lara must battle more monsters and locate more precious artefacts before they fall into the wrong hands.

Undoubtedly one of the most popular slot games of all time, Book of Dead is a Novomatic-produced gem that has stood the test of time. Featuring hero Rich Wilde in an Indiana Jones-style quest for the ancient Book of the Dead, this amazing slot is given top marks in nearly all Book Of Dead slot reviews.

Whilst the theme of ancient Egypt is by no means unexplored territory, players will be delighted to know that the Book of the Dead slot offers a fresh spin (pun intended) on the classic tale. Boasting stunning visuals, a great RTP rate and a wide variety of symbols including scarab beetles and hieroglyphics, players adore the Book of the Dead slot game, ranking it among the finest titles ever released in the genre.

Developed by industry behemoth Firaxis Games, Civilisation V is widely considered to be one of the very best turn-based strategy titles of all time. Released in 2010, Civilisation V is renowned for the detail of its gameplay as well as its undeniable addictiveness. The game boasts a whopping eighteen base civilisations yet the finest of these is generally seen to be Ancient Egypt. Led by Ramesses II, players must conquer all-comers with the might of the Egyptian army and the wealth of its bank vaults. As always, Civilisation provides a stunningly rich and vivid depiction of what is was like to live and die under the rule of one of history’s great kings.