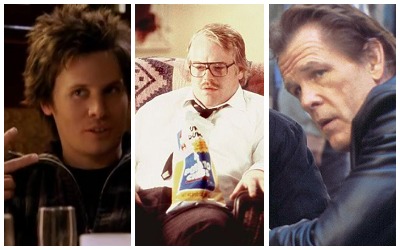 Featuring Phillip Seymour Hoffman in the star role, Owning Mahoney is probably the most famous gambling movie to come out of Canada. The movie is about a Toronto bank employee who falls into the clutches of gambling and starts to gamble away company money one bit at a time. Over time, Mahoney gambles away more than he can afford, starting a serious life drama.

The movie is great for many reasons, but the most important one is the fact that it’s based on a real life story. This makes it extremely teachable, since it shows that it is not only the poor people who can fall into the clutches of gambling and just how quickly it can get out of hand.

Owning Mahoney focuses on the psychology of gambling and looks deep into the character of Dan Mahoney, the movie’s main protagonist. Unlike many Hollywood movies about gambling that focus on the plot, this one is a real drama that puts the person under scrutiny and makes it possible for the audience to understand his motives and his inner conflicts.

The movie also depicts Dan’s relationship with his fellow bank employee Belinda who at first is not aware of his gambling problems and who is put into an awkward position once the police discover Mahoney’s wrongdoings. Without a doubt, Owning Mahoney is one of the finest Canadian gambling movies of all times and is worth a watch.

Based heavily on the story of the MIT blackjack team that was mentioned in numerous gambling stories and Hollywood films. Card counting in blackjack is a real thing that was discussed in a number of books published by successful career gamblers throughout the years and The Last Casino (La Mise Finale) focuses on this particular gambling phenomenon.

The film focuses on Doug Barnes, a mathematics teacher who discovers a card counting method that allows him to beat the house and gain an edge in the game. He soon realizes that the strategy would work better with a team and he recruits three students from his university to help him beat the casinos.

The team goes on to play at various casinos across Canada, winning big money but also getting into various troubles. As the action progresses, characters build personal relationships and experience the ups and downs that the world of gambling always brings.

While this movie may be a spinoff of a similar Hollywood movie in some ways, it also brings plenty of novelty to the story. The cast does a great job of interpreting the gambling crew and there is no doubt that The Last Casino is a great movie worth a watch.

From Alliance Atlantis, The Good Thief opens up with the main protagonist Bob Montagnet falling into a similar problem as Dan Mahoney from Owning Mahoney. Over time, Montagnet loses money he cannot afford to his gambling addiction and eventually gets to a point of no return.

Montagnet decides that his only recourse is to pull off a heist that would rid him of his debts and get him back on track. He chooses a Monte Carlo casino as his target and puts together a crew to help him with the heist.

The plot follows the group to Monte Carlo where they are pursued by a police inspector while planning their heist and dealing with interpersonal problems. Once again, the movie focuses more on the human drama than the actual plot, which is what makes it stand out in a unique way. It has received mixed critics with some claiming it to be lacking in certain aspects, but this is likely due to the actual movie moving away from what a heist movie usually looks like.

Gambling has certainly been one of the biggest problems among modern people, with many unable to avoid addiction and falling into the clutches of problem gambling. While it is just harmless entertainment for many, for others it can be quite a bit more serious. All these movies show the darker side of the fun and games and come recommended by Online-gambling.com, a site where you can find everything related to online gambling in Canada and other countries.