TV to Games: The Best Quiz Shows to Succesfully Gamify 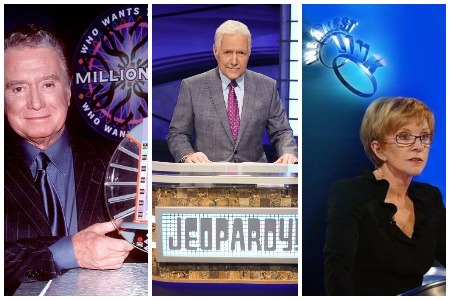 In the brave new world of the reinvented Roaring 20s, gaming is big news and even bigger business. There are dramatic, if somewhat misleading, headlines about how it is bigger than Hollywood, the music business or indeed both of them put together. Yet really, our love of playing games, regardless of age, is nothing new.

Quiz and game shows have long been a staple of the small screen, garnering prime time viewing figures and launching the likes of Alex Trebek, Regis Philbin and Howie Mandel into super stardom. Here, we take a look at instances where these two worlds, old and new, have collided, and where shows that kept us enthralled on TV are now finding new digital audiences.

Often described at TV’s top game show, Jeopardy! has proved to be a poster child for franchising and merchandising. The brainchild of “Mr Game Show” himself Merv Griffin, it has been running in various forms for 55 years. It has been adapted for a variety of video game systems since the 1980s, including the Atari, Nintendo, PC, Playstation and Xbox. There’s even an online version of the game that you can play via the Facebook platform.

Deal or No Deal?

The original Miljoenenjacht was a Dutch TV game show, played very much as a side-show to the Netherlands postcode lottery. First broadcast in 2000, who could have guessed that it would evolve into an international institution, with versions played in more than 70 countries around the world? It should come as no surprise given the game’s origin and the random nature of the outcome that this one has become a firm favourite in the online casino world. You can play it on PC or mobile at liveroulette.com, where gameshow type experiences are rapidly becoming as popular as traditional games like roulette and blackjack in the live gaming arena. The game was developed in partnership with Endemol Shine, and provides a live, 24 hour experience that anyone can get involved with. It could just be a glimpse of the future of game shows.

Who Wants to Be a Millionaire?

Another game of European origin that became a global institution, Millionaire started life in the UK. The multiple choice format lends the game perfectly to console, handheld and mobile versions, and there have been dozens of games based on the show. Like Deal or No Deal, though, the adaptation that has attracted the biggest audience has been a casino version. This one is more along the lines of a traditional slots game, with the lifelines acting as random bonus features. It’s become one of the more recognizable slots for both land-based and online players.

The second most successful TV game show franchise after Millionaire, this show owed much of its success to presenter Anne Robinson’s acerbic tongue. A version was created for the PS2 way back in 2001, when the show’s popularity was just gathering pace, but despite the close involvement of BBC Multimedia, reviews were generally poor. Finally, however, a new version has been released for the mobile age. Called Bet on Brain, it offers a far more interactive experience. Finally, the Weakest Link could be moving on from the Anne Robinson era. As the lady herself would say – goodbye!

NBA All-Star Preview, 2019
The Crème of the MLS Crop
Here's What We Already Know About the PS5