Top 3 Most Addictive Video Games of All Time 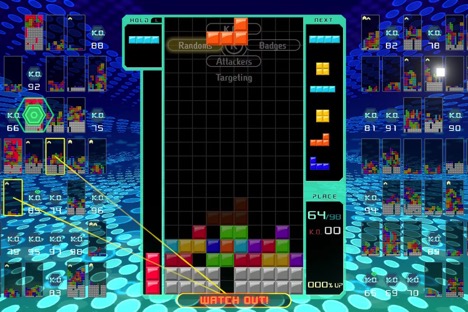 As a proud gamer, I’m not ashamed to say I can easily put away 10 hours+ of leisure time a week devoted exclusively to playing video games. But sometimes, when I get really hooked, that figure triples.

There are certain games out there that are just so damn addictive that I’ve ended up spending many sleepless nights glued to the screen – and I wouldn’t even say I have an addictive personality. For example, I regularly play Blackjack games online but I’ve never got addicted to gambling. I always know when it’s time to stop. These games are a different story. I just can’t seem to stop playing them when I get started.

In this article, I’ll be sharing what I believe to be the top 3 most addicting video games of all time. Let’s start with game number 1!

Tetris 99 is a battle-royale style Tetris game that has you competing against 98 other players, and there can only be one winner. As if regular Tetris wasn’t addicting enough already, this game adds in some new mechanics that take it to the next level.

As you clear lines, you send ‘trash lines’ to other players, thus attacking them and getting them out of the game. As you defeat other players, you earn power-ups that allow you to send more trash lines. There’s nothing quite like that feeling you get when you defeat an attacker that’s been trying to send you trash lines for all game – it’s super addictive. If you’re the last man standing, you’ll be greeted with a win screen that reads ‘TETRIS MAXIMUS’.

And the best (or worst?) thing about it all is that Tetris 99 is free to play, so anyone can download it and get addicted. If you own a Nintendo Switch, I urge you not to download this game unless you’re prepared to get completely hooked and give up your evenings for a few weeks!

There’s a reason there have been 9 games (and counting) in the Mario Kart series to date. Every time they release a new one, gamers rush out, buy it, and subsequently spend the next 3 months trying to get the highest possible trophy/grade on every single Grand Prix, on every single cc.

The simplicity of drifting around corners, dodging bananas as you pelt Donkey Kong with a red turtle shell is just so satisfying. I, for one, make sure to play every Mario Kart gae to full completion, even if that means going into work with bloodshot eyes on 2 hours sleep the next day!

MMORPGs, in general, are super addictive, and World of Warcraft is the king of MMOs. It boasts some impressive titles that show just how much it deserves its place on this list. For example, it’s the most-played PC game of all time. Over 100 million players from 244 countries have logged on and played WoW, and many of them continue to log on every single day.

What makes MMOs like WoW so addictive is that they never really end. It’s not like you can ‘finish’ the game, call it a day, and uninstall. The developers constantly add new features, mechanics, and quests to complete. And even if you do finish everything, there’s the social aspect that keeps you coming back. There’s always more money to earn to impress your friends with.