Greatest Casino Movies Ever Made 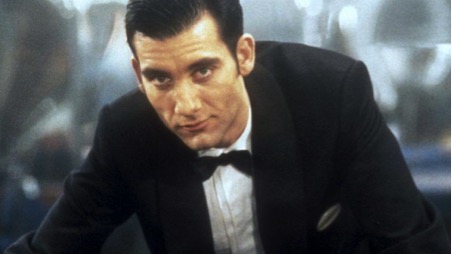 When it comes to casino movies, there are some fantastic ones around, we take a look at some of the best to ever hit the silver screen.

When it comes to finding a topic for making films then Casinos always seem to be a good place to start. Maybe it is the high stakes nature of the games that take place there that makes it a fertile breeding ground for interesting stories, both fictional and those grounded in reality. These span a huge number of genres, from comedy, drama, thriller, crime, and mystery. CSI was even able to make an incredible 14 series out of the stories that took place in Las Vegas. We look at the films that you really must see if you a fan of casino action.

This is a Clive Owen lead piece that sees him in the role of an aspiring writer. He is forced to take a job as a dealer in a casino (or croupier) in order to make ends meet. Whilst working there he sees the sort of life that the people who come to the casino lead and is inspired to use his experiences in order to write his next great work. The film focuses on the gloomier side of casino life as the character watches the people who are trapped by gambling and unable to escape from their wretched lives. This film was a bit of a slow burner but is well worth a watch and should feature high on everyone’s must watch lists.

This is a film that shows the lighter side of casinos and Las Vegas life. This comedy follows the tale of three friends who went to Las Vegas for a stag night and got way more than they bargained for. As they wake up the following morning and discovered that they have no recollection of what they did the previous night, but the tiger in the bathrooms indicates that there is a story to be found. The comedy capers come on thick and fast in this one as they try and leave what happened in Vegas back in Vegas. This film had a huge critical reception and it spawned a couple of sequels as well.

Fear and Loathing in Las Vegas

This is a film directed by Monty Python’s Terry Gilliam, so you know you are in for a wild ride. The film is based on the book by Hunter S Thompson which in and of itself was a pretty wild story. The story follows the journalist Hunter S Thompson’s trip to Las Vegas to cover a sporting event. He and his travelling companion make the journey in the company of a suitcase full of drugs that they slowly take during the trip. As you can imagine this makes for quite a trip in more ways than one.

This film follows the story of a law student who has an exceptional talent for poker. The main character, who is played by Matt Damon, gives gambling in order to concentrate on his studying but is drawn back into that world when his childhood friend comes to him in need of his help. This means he soon finds himself gambling in game after game once more to try and repay his friend’s debt. This film is a great one particularly for those that are a fan of poker and this is recommended watching for anyone that wants to learn more about poker.

Hollywood will always want to keep making films set in casinos as they are a breeding ground for many varied and interesting stories. But these are the ones that are worth making sure you watch.

Here we are talking about 1974 original with James Caan, rather than the more recent 2014 remake with Mark Wahlberg. This film tells the story of an English professor who steals a sum of money from his mother before heading to the bright lights of Las Vegas in order to win it all back and more besides. This film shows a brutal depiction of what people who are addicted to gambling can be like as Axel Freed (Caan) takes his wife with him to Vegas and find out that the stakes are higher than he ever thought. The film is a great story and along with the newer version is well worth a watch.

The reboot that brought life back into the franchise. Bond is back and this time it is grittier and more realistic than ever before. Daniel Craig breathes new life into the character, and this has been widely heralded with bringing Bond to a more modern audience. The film largely takes place in Montenegro at a high stake’s poker game. Here Bond must face off against Le Chiffre who the money man for Terrorists’ all over the world. Bond is joined by Vesper Lynd as his liaison and the person overseeing the money that Bond is using for the game. Le Chiffre is pushed to win the game in order to maintain his standing within the terrorism community and this pushes both him and Bond to face off in more ways than one. A great story and a great bond film.

This is a remake of the classic 1960’s film that featured the Rat Pack. The 2001 version has a much more star-studded cast featuring the likes of Brad Pitt, George Clooney, Julia Roberts and Matt Damon. Clooney is Danny Ocean a criminal mastermind who is being released from jail following a failed caper that cost him his marriage. He pulls together some of the best people in the business to pull off the biggest casino heist in Las Vegas history against the man who is currently dating his ex-wife. This story features several twists and turns as the cadre of criminals try and get the job done. The remake proved hugely popular and spawned several sequels as well as an extension to the series in the form of a gender swap reboot in the form of Ocean’s Eight. Both the first and third films in the series are set in casinos and all are worth a watch.