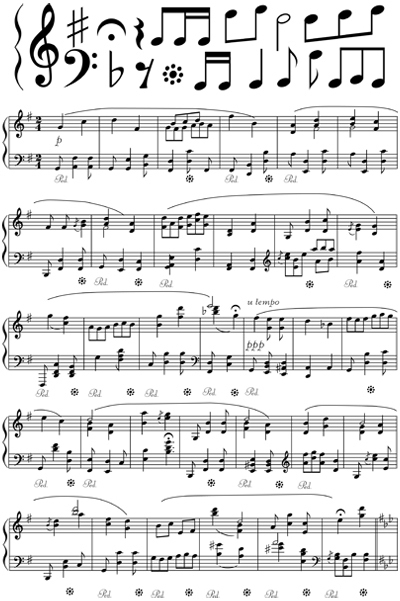 Music is a language in itself. It’s been used as the language of emotions when mere words do not suffice. As a language, it has its rules for notation that allow for its standardization and precision. A musician can become better by learning proper musical notation.

But do musicians really need to know how to read musical notation?

Musical notation allows for the standardization of music because each notation carries the same meaning across every genre and every instrument. This ensures that music is standardized for interpretation for all musicians. For example, a drum sheet music guide will allow any aspiring drummers to play songs they’ve never heard before.

A lot of people are against the rigidity of musical discipline because it could hamper the creative process of playing and producing music, but there is a lot of value to a system even in music. A system allows for more inclusion and order in the way music is governed.

Think of it in the same way you understand mathematics. The multiplication symbol is universal to multiply a particular digit, regardless of what type of math you use it for. It still functions the way it is supposed to operate, making it universal.

This allows for several great benefits in interpretation and application, and the same can be applied to our understanding of music. By having a standard language, it makes communication in that area easier.

A lot of people can memorize songs and musical compositions without ever having to read it or write it down, but reading musical scores enables the human mind remember music more vividly.

Musical notation adds to the visual aspect of memorization of songs and parts. One can visualize the notes while playing them on their instruments. One can remember particular breaks, and specific styles to employ at any given time. One can recall certain parts of a song easily. Simply put, it makes memorization a more straightforward process.

Some musicians can seemingly pick up an instrument and learn it automatically, while there are some students who take longer time to familiarize themselves with an instrument. Whether or not one easily learns to play an instrument, musical notation can help you learn faster.

One can take any instrument and watch a video tutorial on how to play it. Although there is a lot of value in watching a video of a music tutorial on a particular piece, it would be faster to play a specific piece if one listened to it while having the sheet music for it.

A musician would know what the exact notes are and when to take specific breaks or switch styles. This is especially important for people who study classical music. Great musicians understand the value of learning the visual representation of what they play because it aids in their understanding and their practice. They can read music better, making them play music better.

This also allows musicians to pick up multiple instruments and learn how to play them, or play different songs on different instruments. It allows for musicians to be more versatile in the way that they choose to learn.

A lot of musicians spend time practicing a particular piece by themselves, and there’s nothing wrong if they’ve learned the piece via tutorial or by ear. However, if they were able to play it from the sheet music itself, then they would be able to perform at the same level as the original composer would have.

By understanding musical notation, there also comes a greater understanding of how a composer intended the piece to be played, and this allows any musician to perform at better levels. There are certain peculiarities or specifics that one can get only by reading the sheet music and notations.

Composing one’s music is a wonderful experience, but for someone to properly share the music and standardize the performance, one needs to be able to write it down. Learning musical notation allows a musician to write music down and work on it more effectively.

There is the argument that back in the day, songs were just passed from generation to generation, and there is a lot of value to that. However, one should also understand that it is a lot easier to write something down so as to share it with others more efficiently.

By writing the music down, one also has the opportunity of improving it later on in the future. This also allows for future innovations. Just imagine forgetting a creative idea for a musical piece. This can be avoided by writing the notation down. Learning musical notation allows musicians to make notes on their favorite pieces and write their musical notes down for future reference.

Since musical notation is highly standardized, learning sheet music and musical notation allow musicians to quickly play a song from various kinds of musical genres. If one is used to, say classical music, picking up a sheet music for jazz and understanding how to play it would be easy and convenient.

Playing different genres is excellent because it allows musicians to experiment. Learning musical notation adds to one’s repertoire, and it makes one well-rounded.

There are a lot of benefits from learning musical notation. It allows for musicians to improve their study and become better at their craft. Musical notation should not be seen as a rigid process to an otherwise creative art, but rather a way for people to express themselves adequately and make learning efficient. It is one of the best developments to happen to music.

Whether you are aspiring to learn the drums and be the next Ringo, or if you are studying music from an intellectual viewpoint, it pays to know musical notation. Musical notation is the language of the art of music, and it can make one’s experience in learning music totally inspiring and delightful.