Finding The Next GOT 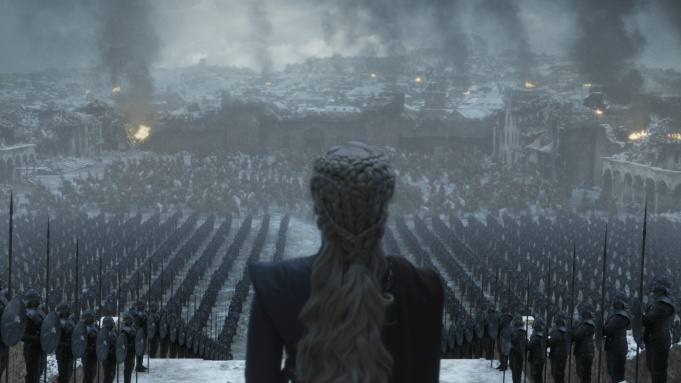 Even if the final season of the HBO’s epic fantasy series Game of Thrones has left a bitter taste in the fans’ collective mouth, there is no arguing that no other TV series has ever matched its amplitude and popularity. Its per episode budget was huge compared to the competition – around $8 to $10 million in most seasons, and $15 million for each episode in the final one – and it shows. Now that the series is over, channels and streaming services all over the world are working to plug the big hole it left in the hearts of fantasy lovers. Here are the contenders that might stand a chance.

Based on the trilogy of novels written by British author Sir Philip Pullman, “His Dark Materials” takes its viewers into a world that’s not very different from Earth in the Victorian era – except that every human has an animal companion called a “daemon” that represents their soul. Lyra, an orphan living in Oxford, discovers a dangerous secret while searching for her missing friend. Soon, she discovers that it’s not only her friend that’s missing – a series of children have disappeared, and all of the disappearances are linked to a mysterious substance known as “Dust”.

The story was adapted to the big screen in 2007 (The Golden Compass) to disappointing results – the book’s anti-religious tone was diluted significantly, and many elements from the book were simply left out, turning it into what a critic called “impressive visuals overcompensating for lax storytelling”. The movie also underperformed in the US (although its revenues were “stellar” in the rest of the world), so a sequel (based on the final chapters of the first novel) was never made.

BBC One has worked on the TV adaptation of the novel since 2015, hoping to release it two years later. Apparently, the work has proven more complicated than they thought – the show was still in pre-production at the time of its planned release. In 2018, HBO bought the international distribution rights for the series, and this has apparently speeded things up a bit. The filming was wrapped last December, and a first teaser was released this February. The premiere date of the show is set to November 3rd.

The series was written by Jack Thorne, who has quite the experience in handling controversial issues (he created “Skins”, after all), and directed by Otto Bathurst, who won a BAFTA for “Peaky Blinders” in 2014.

The Witcher (Netflix – later this year)

Andrzej Sapkowski’s fantasy story has already proven its worth in the form of a popular role-playing game released in 2003 by CD Projekt Red – and now the time has come for a big-budget TV adaptation of his books. Big-budget, because it reportedly has a budget of around $10 million for each episode, matching that of the Game of Thrones (well, the first few seasons). The series is set to be released before the end of this year.

“The Witcher” is set on the “Continent” inhabited by several fantasy species – gnomes, dwarves, and the elven settlers that arrived from overseas. Later, the humans arrived, becoming the dominant species and relegating every other to the periphery of society, treating them as second-class citizens. In this world lives Geralt of Rivia, a solitary monster hunter that tries to find his place in this world while slaying the beasts plaguing the land. This until his fate unites him with a powerful sorceress and a young princess with a dangerous secret… There is enough material in “The Witcher” for several seasons – Sapkowski wrote five novels featuring the monster hunter and several short story collections.

Geralt of Rivia – The Witcher – will be played by Henry Cavill. The crew includes production designer Andrew Laws, known for his work on series like “Warrior”, and director Alik Sakharov, who worked on “House of Cards”, “Ozark”, “Black Sails”, and “Game of Thrones”.

Amazon has been working on a prequel series for “Lord of the Rings” since 2017 when it struck a deal reportedly worth $250 million with Warner and the Tolkien Estate. The series is planned to take place before the events of “The Fellowship of the Ring”, telling stories that were not adapted to the screen before. “Lord of the Rings” is the archetype of the modern heroic fantasy and can be turned into a truly epic screen adaptation (let Peter Jackson’s massive movie trilogy stand witness). And Amazon seems bent on turning it into a work of epic proportions, claiming that it will be the most expensive show ever produced.

Screenwriters Bryan Cogman and DB Weiss (Game of Thrones) will serve as consultants for the series. The rest of the production team has some impressive names: Rich Heinrichs will serve as a production designer, Jason Smith, Bruce Richmond, writers Gennifer Hutchison, Lindsey Weber, Jason Cahill, and Justin Doble will serve as executive producers, and the project will also involve concept artist John Howe, who served as one of the chief conceptual designers for Peter Jackson’s movie, and Tom Shippey, the world’s leading academic scholar on Tolkien’s works. There is little to be known about the cast of the series (aside from Will Poulter whose casting was announced earlier this month). The series will be shot on location in New Zealand and is expected to be released in 2021.

Game of Thrones not only earned HBO (and HBO Go) millions of subscribers but it spawned real-life products from apparel to booze bearing its name and logo (there is a collection of eight single-malt Scotch whiskies that represent the seven houses and the Night Watch), even a video game and a Game of Thrones online slot machine. It’s hard to imagine anything matching that but time will tell if maybe one of these titles can go the GOT distance.