A Geek’s Guide to CAN Cons 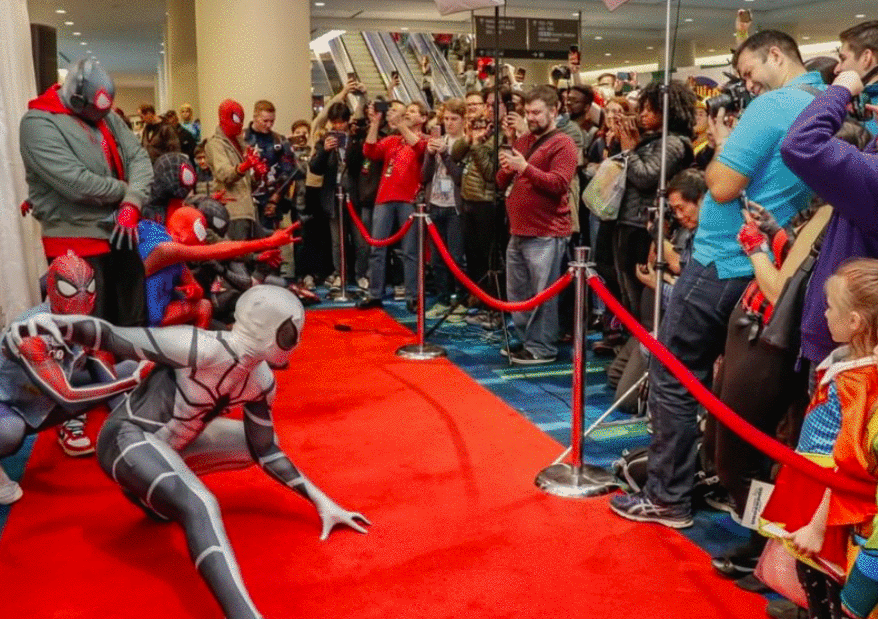 Another year, another absolutely massive San Diego Comic-Con. As ever there was tons of buzz, some incredible cosplay, massive guests and even bigger queues. For the fans who went, however, the lines were more than worth it for a chance to meet their favourite comics creators and film and TV stars.

The biggest news for the wider world was Marvel’s announcement of its Phase 4 movie line-up. Some of the films in the line-up weren’t much of a surprise (surely everyone already knew that Black Widow is finally coming?) others weren’t a surprise but there was big news attached (Angelina Jolie in The Eternals!! Natalie Portman wielding Thor’s hammer in Thor 4!) others were just tantalising hints (the ‘mutants’ project) and one came entirely out of the blue (Mahershala Ali as Blade!)

Meanwhile, for the fans actually wanting comics news there was, finally, the announcement of the new X-Men titles coming after Jonathan Hickman’s double miniseries. Marvel is really committing to its X-Men line now that it has the film rights back in house, and that’s great news for fans.

So, yes, that was San Diego Comic-Con. While there’s not really anything on the planet that equals it in the world of pop culture, fans north of the border have their own share of great events to look forward to.

This past weekend was Fan Expo Canada, (according to the organisers, at least) the third largest pop culture event in North America and the biggest comics convention in Canada full stop. It’s now in its 24th year and had a guest list to match its grand old age. On the comics front, we got legendary creators such as Jim Lee, Greg Capullo, Todd MacFarlane, Tim Sale and Humberto Ramos. Over on the more showbiz side of the aisle, it was the likes of Peter Capaldi, Jason Momoa, Jeff Goldblum and John Travolta!

One for the Westerners, Edmonton Expo is a spin-off of Fan Expo Canada. It’s running for three days from September 20th to the 22nd. Another broad church of all things geeky, Edmonton Expo covers everything from comics to games to anime, and just about every other nerdy pastime you could think of! Guests this year include the likes of Brian Stelfreeze, Mike Zeck and Christopher Ecclestone!

This is an event that’s really for lovers of the form. You won’t find any movie stars at TCAF, nor will you find panels announcing the next big video games. Heck, you’ll barely even find a Marvel or DC creator. You will, however, get the chance to meet some of the finest cartoonists and graphic novel creators working in the industry today. Canada produces some of the best comics artists and writers in the world, and for one weekend in May the world of indie and alternative (i.e. non-superhero) comics descends on Toronto for a free event. It’s nearly a year away (it’s May 9th and 10th 2020) so it’s a bit early for guest announcements, but the guest lists of previous years have included greats such as Chris Ware, Dan Clowes and Seth.