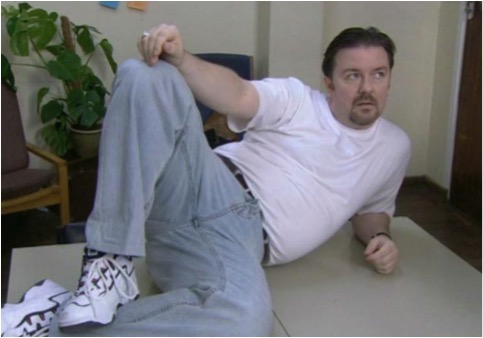 Who doesn’t love a good old sitcom? Whether you’re sitting by the fire laughing along to a classic episode of Friends or round a buddy’s house taking in some Scrubs, sitcoms are adored by the vast majority of the viewing public.

This popular genre is easy-to-watch, doesn’t take itself too seriously and – most of all – is funny and entertaining. Whether you’re watching Ross on a date or Will Smith learning the ropes as a babysitter, it makes for feel-good viewing and can certainly lift someone’s mood after a bad day at work or a depressing hockey defeat.

Here are my go-to’s when I need a pick-me-up:

Damn was Friends a good watch! It really was – and arguably still is – the ultimate feel-good, easy-to-watch sitcom and is suitable for all. Friends feels like a timeless creation. In hundreds of years, it will probably still be on the radars of many. I mean, who doesn’t love watching a group of friends go through ups and downs, date and break up and then date again? It’s gold.

This is probably a controversial choice given the fact that we haven’t selected the American version of the show here (don’t get me wrong, that’s also a fantastic watch) but the home of The Office and where the true essence and humour of the show lies are on the shores of the UK and their uniquely dark, British humour. From David Brent’s hilarious guitar songs during a team-building exercise to the Christmas party, The Office is easy to binge in a short amount of time and well worth a watch.

Everyone knows who Homer, Marge, Bart, Lisa, and Maggie are, right? The Simpsons is an absolute classic. I’ve loved this show ever since its inception. It’s like gaming, once you’re hooked, you can’t stop playing. Like Friends above, the Simpsons has that ‘in the background quality’. That means I can do housework, study, play craps in an online casino – whatever it is you do with your time – whilst enjoying some classic moments from Homer and his family in the background. It’s the type of show you can have on in the background as it inevitably brightens up your day during that shedload of ironing you have to do. The Simpsons’ loveable characters stand the test of time.

When someone thinks of an all-time classic sitcom, you can bet your bottom dollar that Seinfeld is up there. Immensely popular and famously referred to as “the show about nothing,” Seinfeld beautifully brings a cast of characters to life that are flawed enough for audiences to fall in love with. Finding themselves in situations we can all relate to, Jerry, George, Elaine, and Kramer handle them without grace. With relatable storylines and sharp, witty writing, Seinfeld has to be on this list.

A TV show adored by the masses, Will & Grace is not only hilarious but also groundbreaking, with it being one of the first mainstream shows to have a gay character star when it was first aired in 1998. Full of comedy gold throughout, Will & Grace is back on air and still going strong after all these years.

Plenty of shows take place in a hospital, but none of them do it quite like Scrubs did, particularly with its genius comedy. Hospitals are full of death and despair, so making that funny is no easy feat. Scrubs certainly pulls it off, though.