What do gamers expect from video game studios? 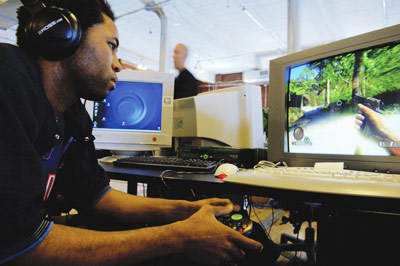 In many cases, people forget the fact that video games are a business and nothing else for video game developers as well as the gamers themselves.

Therefore most simply focus on the gameplay rather than the methods of the company to drive sales and promote their game in various manners.

For the past couple of years, gamers have been getting more and more aversive towards large game publishers as well as studios for implementing non-user-friendly business models such as inflated prices and useless features.

What do gamers hate the most?

The worst thing you can do to a gamer is providing them with an unfinished game. This just means that all the promotions, gameplay videos, cinematics and etc, were lies simply due to the fact that a player was expecting a finished game and he gets just the shadow of what was marketed to him.

These types of cases can be found in the most recent “No Man’s Sky” fiasco.

However, underperforming in terms of game development can sometimes be overlooked by the player if the game is reasonably priced, but they will never accept a company’s attempts at selling them something that should already be in the game.

DLC is a very peculiar topic. It could either be a very welcome addition, or a completely appalling feature. For example, many EA games come with a season pass, that allows players to access features that are generally blocked off to players who bought the regular version. And some Creative Assembly also tends to hide some features of their games behind paywalls as well.

There is no explanation needed in the fact that a gamer expects to get what they paid for, meaning a full game with no additional perks and additions later on that require additional payments.

Many companies don’t realize just how much can be achieved by taking a consumer-friendly approach to the video game market.

The primary example of a studio using this approach is CD Projekt Red, which always delivers the games as a whole for a reasonable price, and includes DLC that even if tucked away behind a paywall, offer so much value that players are ready to give in.

According to marketing experts from play.casino, CD Projekt Red managed to spin the whole gaming community in their favor thanks to their business approaches to selling Witcher 3 and promoting their latest Cyberpunk 2077 franchise.

Although it was a marketing move as well as a business move, it was widely accepted with open arms by the gaming community simply because it was a win-win situation.

What do gamers want?

It is extremely easy to satisfy a gamer customer. The only thing a company needs to do is structure their game in a fair manner where people don’t get any type of advantage for paying extra money.

The company needs to deliver the game in the promised amount of time and price it reasonably. They also need to have massive polish so that gamers don’t feel they’ve been cheated and paid for an unfinished game.

And last but not least, the company absolutely has to have its product oriented on the benefit of the consumer. That type of benefit tends to translate into larger and better sales figures in the future.