We The North! The NBA Finals in Review 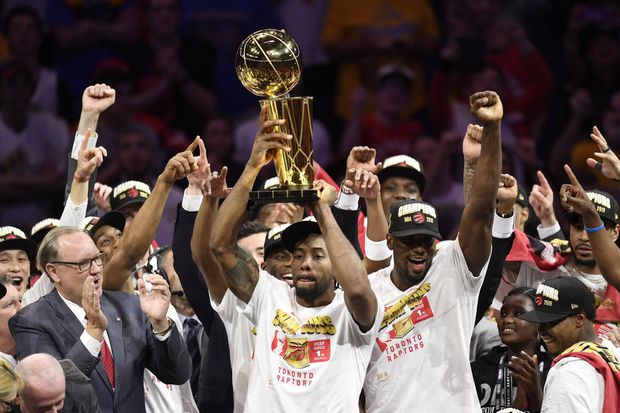 The Toronto Raptors won the NBA Championship in their first-ever trip to the NBA Finals.

That might not seem like a big deal at first glance. But they were series underdogs in Las Vegas and at the top betting site, Bodog. There a few other massive things that happened within the Toronto Raptors over the last year that make it an incredible feat.

If you are not a Toronto Raptors fan and were not taking a close look at their personnel changes – beyond the addition of Kawhi Leonard– then you might not have noticed that the Raptors had a brand new coach this season.

So why is that a big deal? Well … only eight other first-year head coaches have won an NBA Title in the history of the league. What makes this even crazier is the fact that Dwayne Casey was Coach of the Year in 2017-2018 and the Raptors organization still let him go! Replacing the reigning Coach of the Year for the assistant was a risky, risky move. But it paid off with just as much reward

Nick Nurse proved his worth where all other Raptor coaches have failed: in the playoffs. In 2018, the Raptors finished as the top seed with a 59-23 record, but still crumpled under the pressure of the NBA Playoffs. Under Nurse, they finished as the second seed but blasted through the playoffs like consummate veterans. Why? Not just because they now have one Kawhi Leonard, or because of a shift in player personnel, but because of game management and how Nurse distributed the workload through the playoffs.

They were on the ropes with the Philadelphia 76ers. In fact, that incredible Kawhi three-pointer as the clocked ticked down was less than a millimeter away from another playoff bust. It bobbled on the rim … but lucky for Toronto fans, they got the ‘good bounce’.

Because the Sixers so heavily tested them, no one outside of Toronto thought they had a snowball’s chance against the swarming Milwaukee Bucks. And when they played it looked like that was the case; the Raptors went down 0-2 in the series. But they miraculously came back and put together four straight victories. Not only winning both games in Toronto at Scotia Bank Arena but carrying their momentum back over to Fiserv Forum in Milwaukee, Wisconsin. It wasn’t until this happened that the world realized that they just might be able to bring down the dynasty.

The Raptors traded away DeMar DeRozan to pick up a disgruntled and seemingly beleaguered Kawhi Leonard. To many, the move didn’t make sense. Why trade a player who loves Toronto and has publically lauded the franchise throughout his nine-year tenure to take a guy who by all accounts, doesn’t want to be there? Then the Raps made a cross country trip to visit the Spurs, and DeRozan put up a triple-double while the Spurs routed the Raptors 125-107. The world wondered, was trading away DeRozan a mistake?

No. Kahwi is too clutch to deny, and even if he doesn’t want to remain in Toronto forever, his work ethic and professionalism are too dialed in just to have gone to Toronto and run through the paces for a season. No. He’s a champion – now twice over–  and that’s what the Raptors were after, a Champion.

NBA All-Star Preview, 2019
At the Carolina Opry
What to Do When There Are No Sports