At the Carolina Opry 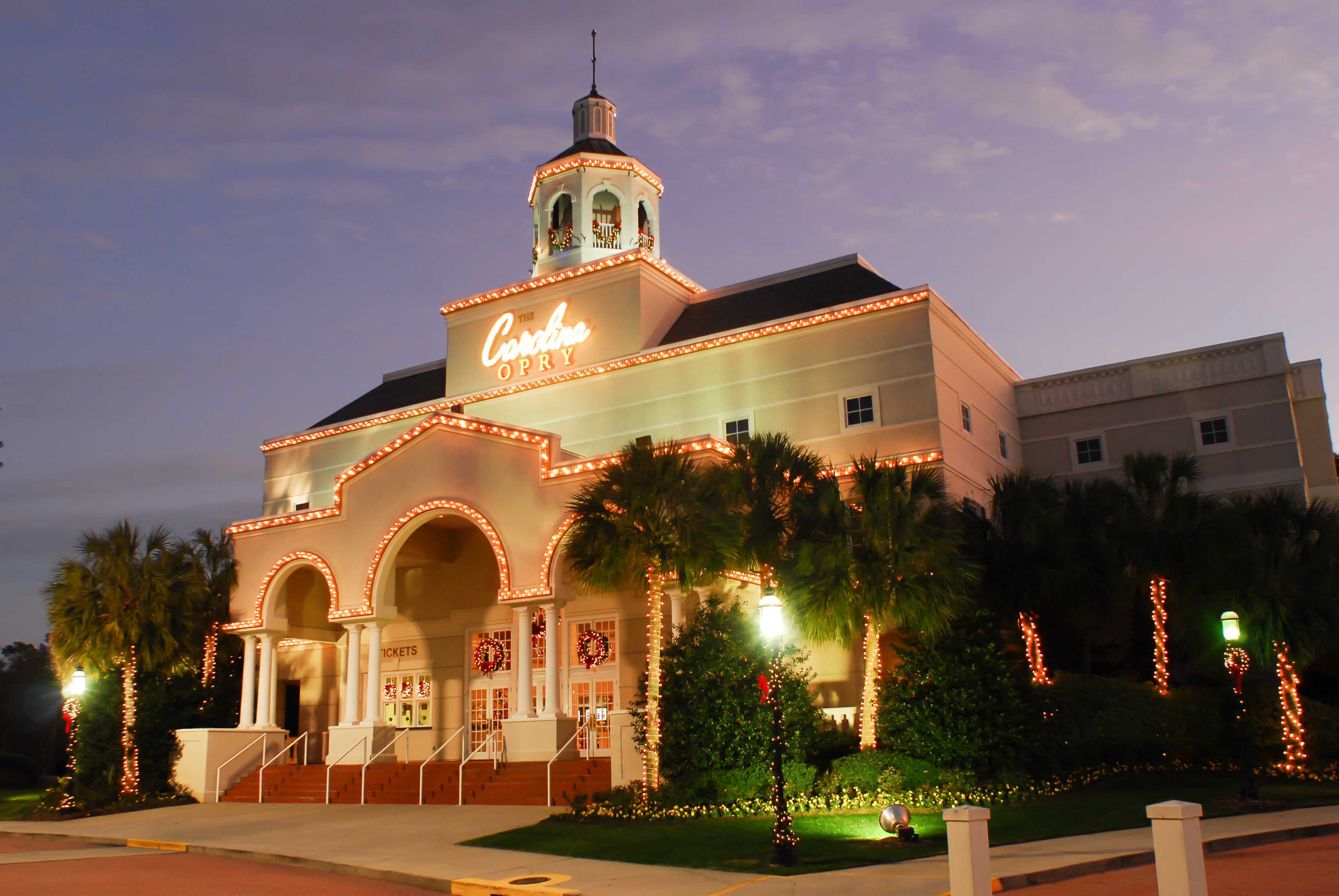 Millions of people visit Myrtle Beach every year, and it’s easy to see why. You can spend hour after hour on the beach without tiring of the waves, and there’s a lot to do in Myrtle Beach that will ensure the whole family has a blast. Go on a dolphin sightseeing cruise, visit the Family Kingdom Amusement Park, or go on a kayak tour.

There’s plenty to keep you entertained if you want to sit back and relax too, especially if you check out all the entertainment options at The Carolina Opry Theater.

Go Back in Time

Have a preference for old music? You aren’t alone. Nearly everybody likes old music better than new music. Older adults are especially fond of old music over the newer stuff, but even most young people will profess that their favorite songs are those from a few years ago—not a few weeks ago.

If you love old tunes, The Carolina Opry Theater has you covered. Time Warp is a fun one that’s full of your favorite hits from the 60’s, 70’s, and 80’s. Their Performing Arts Series often includes acts from the past, like the Queen tribute band, as well as Abba, Fleetwood Mac, and many more. Variety shows are also popular at the Opry, so you can be entertained by music from all of the decades that most influenced your life.

Christmas music has a special place in our hearts. Although Myrtle Beach is a popular summer vacation destination, it takes on a special feel during this time of year, especially if you make the Opry a stop on your trip.

The Carolina Opry Theater is known for its wonderful musical shows. Any trip to Myrtle Beach simply isn’t complete without singing along to a few tunes at this amazing venue, but that’s not all this building has to offer. Consider catching a magic show too!

Currently, the Wagsters are bringing the magic to the Opry, but they aren’t the first, and they won’t be the last. Shows integrate comedy and world-class magic tricks that will have you scratching your head. From captivating card tricks to disappearing acts, sleight of hand, and more, look close enough and maybe you can figure out how they do it!

There’s always a show going on at The Carolina Opry Theater. You’ll see acts and musicians that you won’t see anywhere else, but there are plenty of familiar faces in the building, if you know when to buy your tickets. As one of the most popular vacation destinations on the East Coast, it should come as no surprise that Myrtle Beach regularly hosts famous musicians, as well as other entertainment acts, which sometimes have shows at the Opry.

The Russian National Ballet makes stops at the Opry, while Lonestar has entertained country fans with their music. That’s in addition to the artists at the Opry who are making names for themselves in their own right. It’s always worth checking out the featured shows that are scheduled to see what famous name or world-renowned act may be stopping by during your vacation.

Check out the Top Show in Myrtle Beach

If you do nothing else at The Carolina Opry Theater, you have to check out the show that the venue is named for. It has been highly acclaimed by many news outlets and organizations that include:

That’s not all. This show has been named “Top Attraction in Myrtle Beach” by CNBC, which is a huge deal considering this town caters to over 14 million tourists every year!

What makes this show so special? It features a cast of over 35 talented performers, including world-class production from the famous Calvin Gilmore. From contestants on NBC’s The Voice, to America’s Got Talent contestants and fiddle champions, this stage is home to world-class entertainers.

The next time you find yourself in Myrtle Beach, make sure you spend plenty of time on the sand, but don’t forget to make a stop at The Carolina Opry Theater. No matter what show you decide to see, you’re certain to have an unforgettable experience.