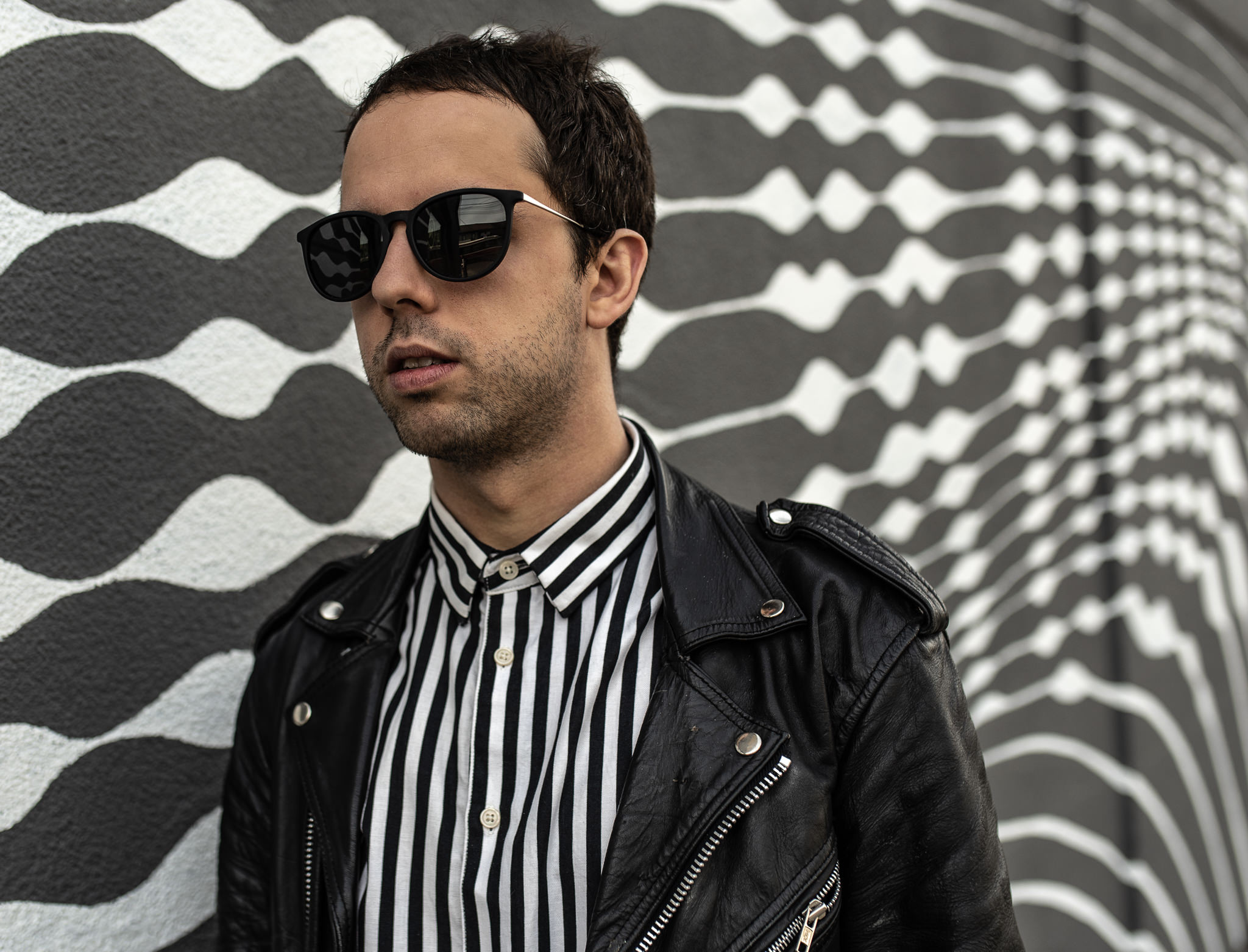 “With the release of last summer’s debut full length The Circle, Toronto’s Marlon Chaplin has carved out a respectable place in an ever-evolving indie landscape. Garnering widespread critical acclaim (Indie88, The Rock Source) and an always expanding fanbase, Marlon continues to grow and strengthen both as a performer and songwriter, showcasing a prolific output and unwavering drive”.

When did you know you wanted to be a musician?
My interest began early, around nine. When the Brunswick House used to be a rockabilly bar, my parents would take me to the matinee Melody Ranch used to play. I was mesmerized by the drummer and his kit, which wound up being my first instrument. But it wasn’t until a few years later after hearing The Who and The Beatles in a way that profoundly effected me that I knew music was what I wanted to do.

Are you trained? How did you develop your skills?
I’m somewhat trained, as I attended the Etobicoke School or the Arts majoring in music but a lot of what was being taught to me and how it was being taught left me feeling suffocated and overwhelmed, so I didn’t always succeed academically. Although strangely and amazingly, a lot of the theory must have left a subconscious imprint because I found myself relying on and using a lot of what I didn’t seem to grasp at the time it was being taught. I really developed the skillsI have now by going straight into the gigging world after high school. Just raw experience.

Who are some of your biggest musical influences?
Bob Dylan, Jack White, Kanye West, Beck, Burt Bacharach and Noel Gallagher to give you the tip of the iceberg.

How would you describe your sound?
It evolves from project to project but I’ve touched on brit pop, punk, country and desert rock at different times. The all encompassing goal is to have people be moved in any way by my music and I’ve never identified as a genre artist. I’m influenced by a wide range of artists and styles and I like to create a world with each album or EP.

What’s your favourite tune in your repertoire and why?
Lately it’s been a song off my latest release The Circle, called “Out On The Wing”. There’s a tangible connection between myself, my musicians and the audience when we play it. It sails along in a trance-like fashion and captures a mood. When a song can capture a mood consistently, I know it’s something special.

Tell us about your band members and how the group came together.
Well, as a solo artist some of my band is a revolving cast but the primary members are Sintja Baba on keys/percussion/vocals, Eric Duquette on electric guitar and Alex Lakusta on bass. Sintja, I’ve known since high school and is my closest confidante musically and personally. She brings a rock solid reliability to the group and is a master at harmony. Eric also plays in Blue Sky Miners and is a wonderfully creative and consistent player. Alex is reliable and sturdy, very adept at his instrument. All great collaborators and listeners. I met Eric and Alex through Sintja.

Walk us through the writing process for your upcoming album.
Some tunes have been written, some demoed, some still needing refining. Right now, I’m scoping out the best setting and scenario to create and serve the project. There’s still a healthy amount of mileage left on The Circle, so I’m juggling that too. I can tell you the new album will be heavier, darker and stranger.

What can audiences expect from one of your live shows?
To feel a high level of energy, a variety and eclecticism but a consistency too. I put on a show. It’s not introspective noodling. It’s loud, it’s big and it’s rock ‘n’ roll in its essence and message. You should feel elevated by the end of it.

Where can we find your music?
Spotify, iTunes, Bandcamp, Deezer, GooglePlay, Apple Music and of course in person at my live shows.