The Latest in VR 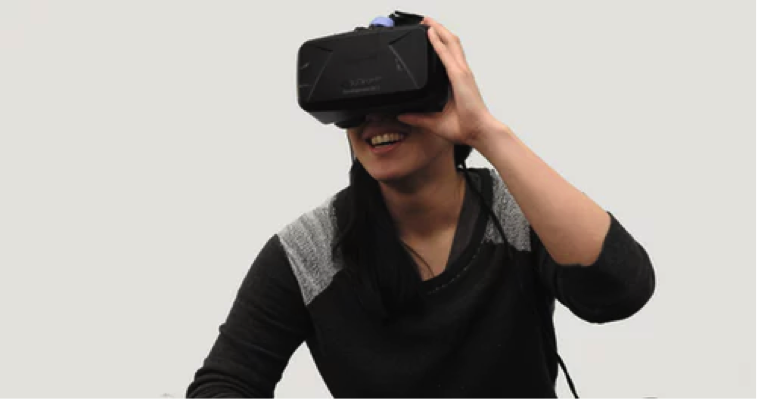 The world of virtual reality has never seen better days. Technology has proved once again that things will get even more realistic as advancements keep on hitting the market. With the many options out there, however, picking the best VR headset may not be the easiest of tasks. But we can’t deny the fact that the virtual reality world has been increasingly advancing at a super-rapid pace over the past 2-4 years or so.

As a matter of fact, VR games have become increasingly popular at events such as birthday parties, group fan, night outs, bachelor parties, and team building events, among others; with providers such as Mirage VR Mississauga being in the frontline. With such advancements, whatever we considered as being expensive like two-three years ago, you’ll find very affordable today. But for the very best, you’ll have to dig deeper into your pockets. Here are some of the best VR headsets for 2019.

The vive is highly praised for its improved resolution, sharp visuals, and motion controls. In addition to this, the HTC Vive is fitted with full room sensors, meaning you can walk in your own virtual space. It may be a bit bulky, but that explains all the efforts. However, to operate this gear, you’ll need a high-end PC and a spacious room. Nevertheless, it’s comfortable and has a wireless adapter as well as improved headphones.

Thanks to tech advancements, you can now enjoy amazing VR games right from your phone. This has some similarities with the Google Cardboard in resolution. Actually, it utilizes the same stereoscopic 3D technology that is generated through a smartphone app. Google Daydream comes with a compact remote that allows you to execute all the controls at the touch of a button. It is compatible with 1080p OLED phones running on 7.0 Android or any subsequent versions. If you guessed right, this series performs better than its predecessor, the Google Cardboard.

Given the fact that Samsung is the world’s leading Android phone manufacturer, it was expected that they’d come up with the best in virtual reality. The Gear VR features a sleek construction and high resolution. In addition to this, it also comes with handy controls. The main controller has both volume controls and a single trigger. The Samsung VR is compatible with Samsung 5.0 android phones and above.

It seems that we can never do any piece on virtual reality without mentioning oculus. They started it all and they seem to be holding the line quite well. The Rift comes in two different versions, one that has 1080 X 1200 pixels and the other one with 2160 X 1200 pixels. This provides clearer, cleaner, and sharper images. In addition to this, the Rift utilizes OLED technology. Oculus Rift is controlled by touch controllers that come equipped with face buttons, touchpad, grip, and trigger buttons, along with an analog stick. You’ll not go wrong with this headset as it also has an oculus sensor to help in room scaling and motion tracking.

This headset is designed with a higher subpixel count and with a dedicated VR processor unit. Additionally, Sony PlayStation VR comes with in-built sensors and several Sony motion controllers. The best thing about this headset is that it will be compatible with any of your PS4 consoles.

The virtual reality world has greatly advanced over the last couple of years. As a technology, VR nowadays has numerous applications other than gaming. The tech is successfully being used in business, healthcare, military training, programing, the media, construction, education, telecommunications, and even other complex areas such as aeronautics engineering. As we speak, researchers, developers, and coders in the virtual reality world are probably inventing other ways the VR technology can be put to use in the modern world.

For the gamers though, nothing feels better than being immersed in the virtual world where everything feels as if it is happening in real life. What’s more, the VR gadgets of today come with finer resolutions, better graphics, superb refresh rates, pristinely clear audio, and many other features that allow you to get the best experience from your gaming sessions.

For both your casual and hard-core gaming needs, you’ll not go wrong with the above list. You now have all that it takes to up your VR gaming. The most important thing is to have a compatible VR-ready device and choose VR game that you will enjoy the most.