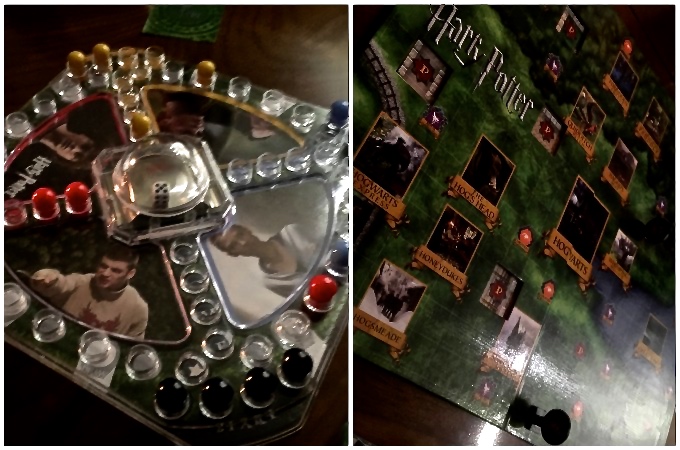 There are no new ideas. So, what to do when that happens? Recycle old ones of course!

The latest book-turned-game I’ve gotten to try is a couple of Harry Potter titles from Pressman Toy Company. They’re two pretty basic board games for ages 5 and up and 8 and up respectively, using very familiar board game concepts and just adding Harry Potter movie art and jargon.

The Harry Potter Tri-Wizard Maze Tournament game is basically Trouble with a picture of Viktor Krum on the board. In terms of adaptation, it leaves a lot to be desired. The Harry Potter Magical Beasts game fares much better with a slightly more challenging concept and a fun swinging board that adds drama to the gameplay and interest to the visuals. It’s a little bit Clue-esque but, unlike the standard pop-dice action of the Tri-Wizard game, it doesn’t feel like a complete rerun. If your kids are hardcore Potterheads (which they should be), the Magical Beasts game isn’t a bad way to spend a rainy afternoon. And it’s not just Harry Potter. If it’s already been turned into a movie or TV show, games are definitely next. Everything from board games to online slots is going the way of adaptation with hits like Game of Thrones making an appearance in the world of online betting. Which is to say nothing of the ever-expanding video game canon that seems to send as many new titles to Hollywood as it does create games based on old Hollywood titles. And of course there’s our old friends at Stern Pinball who are busy licensing classic titles left and right. For better or worse, it’s a franchise world, we’re just living in it.