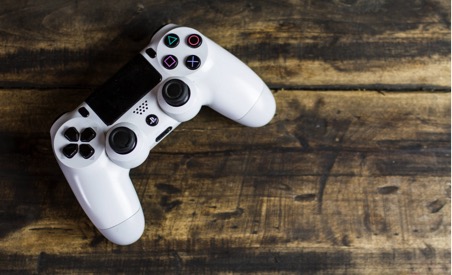 “Video games harm children’s brain”, “video games cause an absence of mind”. These are popular syntagmas which popped up over the last 15 years. Unrealistic headlines continue to paint an untrue picture of the negative consequences video games might have.

Recent studies have demonstrated that video gaming enhances cognitive skills. This includes improved multitasking skills, attention and perception of the world around us. Scientists from contiguous research fields such as communication, psychology and neuroscience are now interested in the effects of video games.

Researchers over the world are taking down most of the negative perceptions of video gaming. For instance, German scientists have shown how playing games can help primary reasoning skills and speed up reaction time. Also, children who played video games even from the early stages of their lives tend to do better in academics. Besides, such young students score better in maths and reading tests.

Cognitive scientists have analyzed how video games affect the player’s brains. It seems that the brain accumulates small pieces of visual and auditory information. This is how a person makes an accurate decision. Video players are more efficient collectors of this type of information. They make decisions much faster than non-gamers, in particular, 25% faster reactions.

It is also worth noting that game players develop a special sensitivity to what happens around them. This transforms into better driving skills, efficient reading habit, and great navigating orientations. By constantly playing video games people not only get better in a specific game, but also sharpen their reaction skills used in other areas.

Studies have shown that playing video games has impact on certain parts of the brain responsible for analyzing and retaining information. Moreover, when it comes to older adults playing video games has adverse effects associated with reversed aging. The more diverse the era of gaming is, the more beneficial it gets for the human body and mind. Playing 3-D video games could also boost the formation of long-term memories. Strategy video games provide protection against dementia and Alzheimer disease. Isn’t that extraordinary to discover?

We are the generation who learned foreign languages by exposing to cartoons and video games. And the topic of language learning has been in the spotlight for many years now. These digital worlds we faced constantly gave the players a great, involuntary chance to develop a second language. The majority of the video games are in English. Here we talk about both the medium of communication between the gamers and the game itself.

Most of the games offer five to ten language choices. If your first language is English, it is a great idea to change your interface and voice effects into your second language, – French, German, Chinese, whatever you are currently learning. Gaming allows you to guess the meanings of new words from the intuitively clear context. And, as the time passes, to master them unintentionally perfect.

Recent German researchers studies have shown that gamers tend to analyze situations more quickly. Also, they categorize facts easily, especially in the situations that have numerous uncertainties. Although gaming is sometimes addictive and emotionally distressing, this hobby may have some extremely productive reverberations.

Experiments on gamers’ behavior have scientifically proved that video games help one to think better. People make decisions faster when it comes to logical decision-making. Apparently, action gamers make quick and accurate decisions based on the details from the world around them. Their mind has a powerful way of categorizing things and situations, as well as a strong ability to notice the details.

Even though there is a widespread belief that gamers are isolated, video games actually encourage social behavior. Imagine that most of the gamers play video games with one or more friends. This means a lot of communication, cooperation and competition. Co-op video games are a great means to learn how to work together with others.

In recent years, the conventional wisdom showed that children and adults who spend a lot of time by gaming have actually developed their social skills. Even people who suffer from illnesses that involve social disorders, such as the autism spectrum.

Despite numerous positive effects gaming has on learning, it is hard to deny that, in some cases, gaming results into less productivity and poor academic performance. Often, players get overwhelmed by the gaming experience and, therefore, make the following mistakes:

What to do if your hobby has taken over your studies? First of all, plan your gaming time and study routine. Use your free time between the matches: do small tests, use flash cards, memorize new terms etc. If, for some reason, you cannot come up with some written report or homework assignment, use the help of a professional academic helper. EssayPro is a unique platform offering around-the-clock help with proofreading, editing and writing academic assignments. It has been estimated, that nearly 40% of students leaving so called “EssayPro, write my essay!” requests were gamers.

The rise of video games in the modern culture has made researchers and psychologists pay a closer look at their impact. Producers tend to care about the consequences their games might have. Negative stereotypes still persist, though.

New studies and modern scientists have found out that gamers are better at:

But “video game” is a broad term, meaning there are many different types of games. Some can be really harmful though. Choose wisely how to spend your spare time and the type of video game that gives you the most benefits.

Top 5 Rugby Apps for the World Cup & Beyond
Tyson Fury Lives up to His Name
Satire, Gore, and Social Criticism: Amazon's The Boys