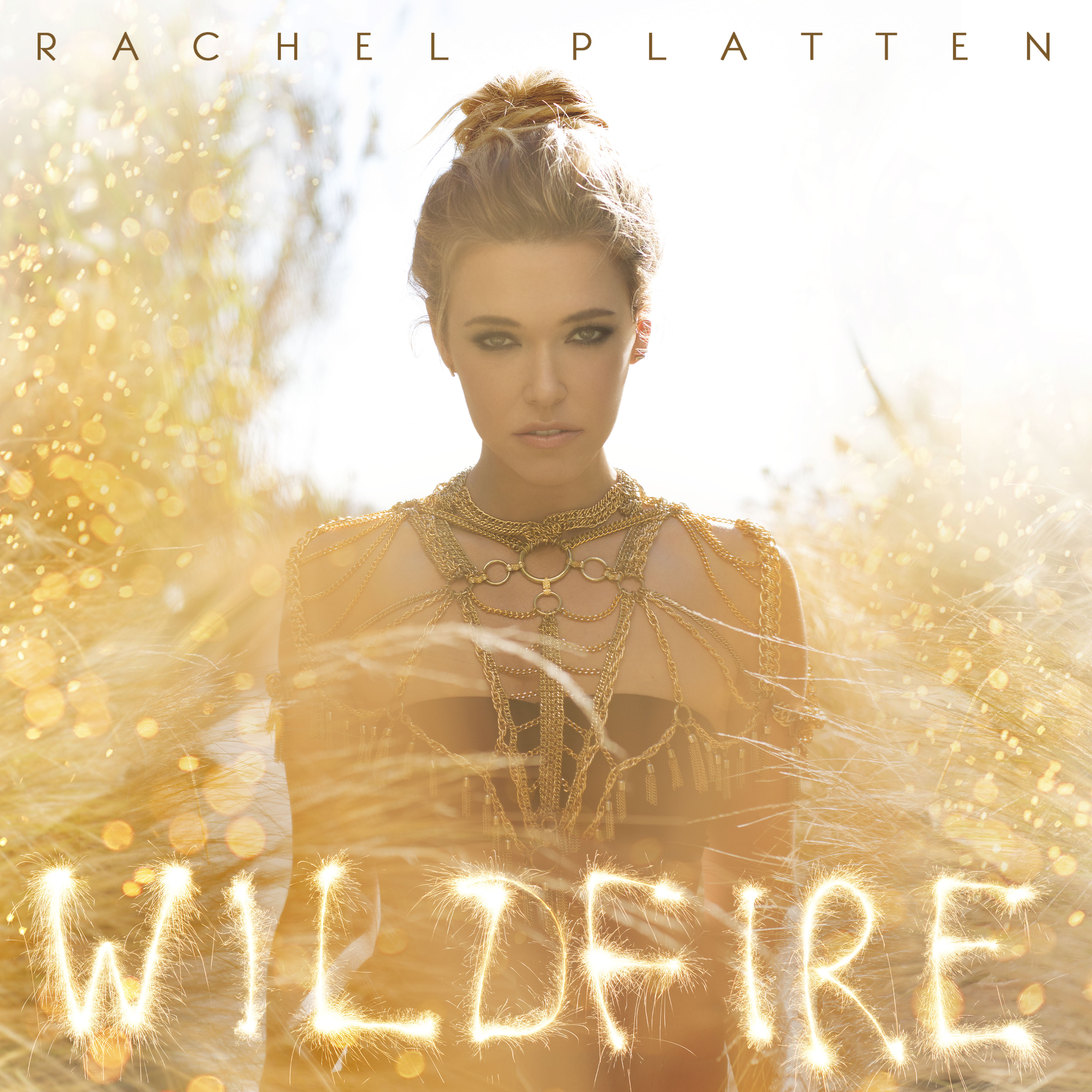 One of my favourite music teachers once observed how challenging it can be to write music with a positive tone. Personally, I’ve never tried my hand at it, but I can certainly recognize that going the other way and digging into and indulging negative emotions is a potent source of inspiration. The one possible exception might be the emotional frenzy of infatuation, though perhaps euphoria’s not quite the same thing as being positive. Also, despite the fact that it’s been about twenty years since Jerry Maguire remarked upon it being a cynical world, an argument can be made that that’s still true (an internet full of puppy and kitten videos notwithstanding). Those factors may be part of what makes Rachel Platten’s new album, Wildfire, so pleasantly refreshing.

There were definitely days last year that I listened to Fight Song on repeat. And, despite it finding its way into the background of some commercials, there’s something about that inspirational anthem’s purity that can’t be squashed. So, when I saw that the rest of the album had arrived on the first day of this year, I wanted to give it a listen. Here are my thoughts, track by track, with lyric excerpts for added flavour:

1. Stand By You – “Even if we can’t find heaven, I’ll walk through hell with you.” – Even in the age of digital music, a first track is so important. This song is the second single from the album and it’s got a nice build, so it seems like a natural choice. It’s like a first-person plural Fight Song with some strikingly poetic imagery as part of its spiritual, but secular, message. I’m a sucker for the accompaniment dropping out and a layered choral-style vocal and it’s got that. A strong start.

2. Hey Hey Hallelujah – “Your head’s saying ‘Danger! Danger!’ but your heart must be drunk.” – When well done, I enjoy a little bit of “that old-time religion” mixed with something saucier. Halestorm’s Amen comes to mind as another good example. This track starts with a record crackle and takes a soulful turn – a little surprising based on what I was used to from the artist, but she does a very nice job. The song also features a lyric break performed by Andy Grammer which includes the line: “Hallelujah. Jeff Buckley.” On the nose, maybe, but a subtle Leonard Cohen shout-out will generally win CanCon points from me.

3. Speechless – “Body language screaming everything” – Next up, a driving ballad forged in the grand tradition of using verbal means to sing the praises of non-verbal communication. Some clever wordplay in this one and a few vocal moments are coloured nicely with sexy, but tasteful, breathiness. Overall, it’s not remarkable, but don’t be surprised if you find yourself bopping along to it in the near future as you sit in the dentist’s chair.

4. Beating Me Up – “I wish my heart would stop beating me up.” – The pre-chorus of this made me think of the melodic line on the verses of Britney Spears’s I Wanna Go. That’s neither here nor there, but anyone who’s read my comic book reviews won’t be surprised by this non sequitur. More great wordplay here, which I appreciate as a cerebral listener. Ms. Platten has a writing credit on every song on this album – I like to believe that’s why so many of these songs don’t lose their sense of singer-songwriter authenticity. This one is her take on the “still in love with the wrong one” theme.

5. Fight Song – “Can you hear my voice this time?” – YAS. Still dig this one. Crank it, then go out there and chase your dreams down with a renewed sense of purpose. As Shia LaBeouf would say, “Do it!”

6. Better Place – “It’s a better place since you came along.” – Okay. So, this song tiptoes on that aforementioned infatuation territory, but its easy pace, simple piano underscoring, and general sweetness mean it’s more of a wedding first dance than the wild abandon of songs that feel like “My only love sprung from my only hate!” It wouldn’t be out of place on a playlist for snuggling with a special someone. Cute.

7. Lone Ranger – “’Cause the blood, sweat, and tears they can make quite a mess.” – Talk about a contrast from the previous track! The verses almost feel like hip hop lyrics and the chorus is reminiscent of Shakira’s Whenever, Wherever but the message is the exact opposite. No masks or horses per se, but a heroic feel for those who prefer to fly solo. Poor Tonto. The song has a fine pulsing rhythm that wouldn’t be out of place on a roadtrip soundtrack. And some sweet na na nas with which to sing along.

8. You Don’t Know My Heart – “I just wish you could open me up.” – The trouble in paradise continues. What we’ve got here is failure to communicate. A lovely essay in frustration – it’s always nice to see a relatively simple, universal premise presented effectively. The chorus is underscored by a Timbaland-esque chord progression (I’m specifically hearing Lose Control in my mind’s ear), so no complaints there.

9. Angels in Chelsea – “Maybe all the clouds are gonna let up, let up.” – The album turns the corner. Maybe everything’s gonna be okay. Maybe humans are fundamentally good, after all. A positive perspective, but not Pollyannaism; looking around the city and seeing the little kindnesses paid forward. Probably not everyone’s bag, but I’m an incurable optimist – I can take it.

10. Astronauts – “Navigating the space, we’ll create our own star.” – Where’s Anne Robinson when you need her? Yikes. I have no idea what’s going on here. You get one, Rachel. Some awkward astronomical imagery suggesting running away to the final frontier. I don’t know if it’s lazy science fiction or Gravity fanfic or what. When I re-listen to the album, this’ll be the track I skip.

11. Congratulations – “Help me find a sharper knife / I need to cut you out my life.” – This is the song you’ll sing at karaoke, dedicated to that jerk whose shadow might still be depriving you of the sunshine you deserve. I feel like the lyrics are doing a lot of the work on the emotional weight of this track, though – I’m not really buying the pain in Ms. Platten’s performance. But maybe that’s just me. For all I know, she might really knock this one out of the park when she performs it live. Despite that perceived quirk, it’s still solid.

12. Superman – “Even heroes fall down now and then.” – Kind of a disappointment that the whole journey of this album has brought us here. More of a whimper than a bang even though it’s a perfectly fine track. A nice little comics tie-in at the end of the day to give thanks to the supportive folks in our lives, making sure that those caretakers take care of themselves too.

The whole Wildfire album clocks in at just under 41 minutes and there are definitely some gems along the way. Folkier than Katy Perry and Kelly Clarkson. A smokier voice than Sara Bareilles. There’s a lot to like about Rachel Platten and I look forward to continue listening to her work as the rest of her career unfolds. If you’re looking for major catharsis or dredging up angst, look elsewhere. Despite the cloudy patches, this album is a warm patch of sunshine, which is just what I need as winter threatens to roll into Toronto in earnest. Happy listening!