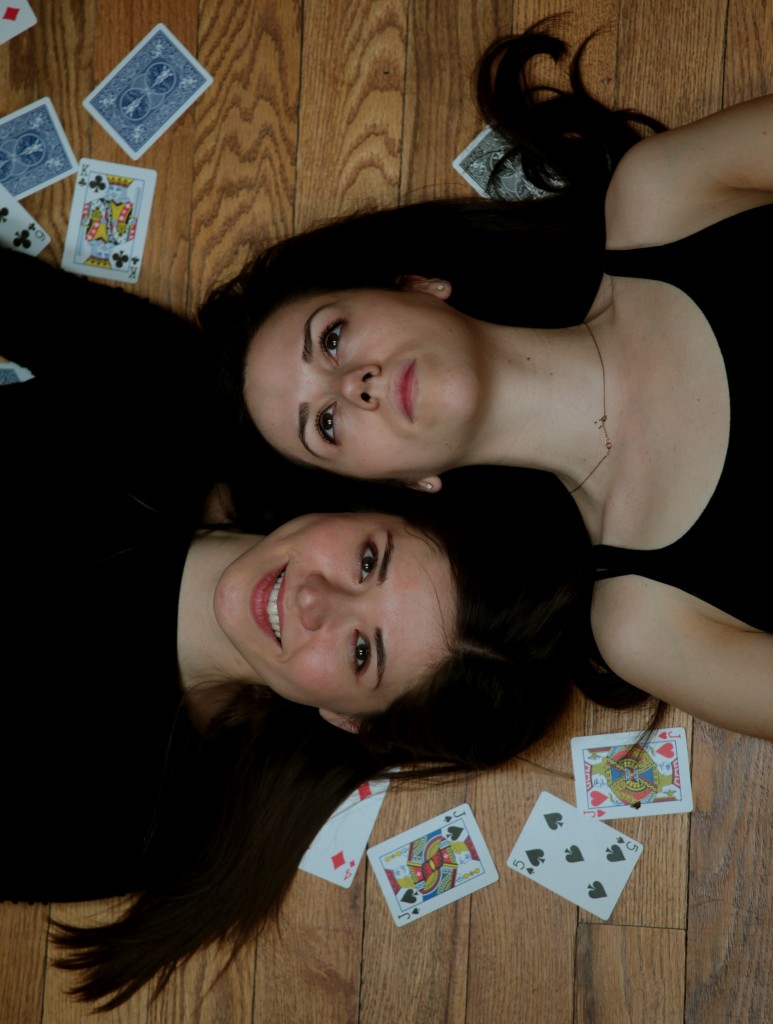 I Think Therefore I’m Graham (A)
Like most shows in the Tarragon Solo Room, Graham Clark’s Fringe show is essentially stand-up comedy and, like most shows in the Tarragon Solo Room, it lives or dies by the charm and wit of the lone performer. Luckily for I Think Therefore I’m Graham, Graham Clark is among the most charming and witty people I’ve encountered this Fringe. His timing is impeccable, mixing written material with audience interaction and plenty of reactionary improv (at one point he reads from a random page of a Harlequin novel and provides commentary). Since it’s not actually stand-up but a theatre show, Clark allows himself moments of sincerity that don’t have an obvious punchline, a more-than-welcome display of storytelling range. I Think Therefore I’m Graham feels like hanging out with a friend, shooting the shit, only he’s a lot funnier than you.

Licking Knives (A-)
Ten reasons to love Melanie Hrymak: 1) The story she has crafted for her first solo show is achingly tragic and utterly compelling. 2) It’s also incredibly topical, though a period piece. 3) The way she tells it is charming and funny. 4) She does the whole thing in a Ukrainian accent (which only slips occasionally). 5) While wearing the most fabulous costume of the whole festival (kudos to seamstress Sheelagh Daly for that dress). 6) Her short haircut continues to be amazing. 7) She made special programs in the shape of letters (like those her character writes home during the war) when most people didn’t bother to make a program at all. 8) She uses every chance she gets (in the program, after the show) to promote the other Women of Fringe. 8) She’s generally just a person we really like round these parts (but that’s not why I liked her show, I swear). 9) Her play is consistently entertaining and comes in under time, making it one of the least exhausting things in a very exhausting week. 10) Licking Knives exceeded all my expectations as one of the best solo shows I saw all festival.

Don’t Tell My Dad (B+)
Don’t Tell My Dad is the opposite kind of solo show from Licking Knives. It’s raucous, goofy, musical, and not looking to be particularly poignant. What it’s looking to be is fun. And that it is. Chelsea Manders is a kickass singer and delightfully brazen performer, leading the audience through her life as a normal, well-raised young person determined to be more interesting than a normal, well-raised young person ever is. She’s maybe a little less edgy than she thinks she is (while I always appreciate an Anne of Green Gables shout-out, the Anne number doesn’t make a ton of sense) but Manders’ songs are super catchy and her show a cheerful interlude.

An Evening in July (A)
The Templeton Philharmonic. Have you guys seen The Templeton Philharmonic? Do you know about The Templeton Philharmonic? No? What’s wrong with you?! Briana Templeton and Gwynne Phillips are one of the strangest, smartest, most interesting comedy duos in the country and their work consistently reflects all three of those adjectives, plus a few more (like funny, so very funny). Their site-specific Fringe show An Evening in July combines whip-smart improvisation with a complex, moving script to showcase Templeton and Phillips at their very best (Phillips, in particular, delivers some of the most moving moments of the festival as June, the quirky and dependent sister left behind by Templeton’s tragic May). I’m sad I saw it so late in the festival because they only have one show left- Sunday at 8- but you should be there.

52 Pick Up (A+)
Start with good people. The Howland Company has done a lot right since its inception about a year ago (establish their place in the community through a play reading series; generate significant buzz leading into their first full production) but the thing they did the most right was start with good people. There’s so much talent in this company that I wanted to see 52 Pick Up 4 times. Over the course of a 7-show run (plus Best of Fringe later this month), four pairs of Howland founding members are taking on the two roles in TJ Dawe & Rita Bozi’s contemporary romance told in 52 scenes played in a different order at every performance (a smartly buzzy choice for the company’s first show, landing them on pretty much every Must-See list in town before anyone even saw it). I saw co-director Courtney Ch’ng Lancaster (winner of our 2013 Emerging Artist My Theatre Award) and Kristen Zaza (one of the only Howland members whose work I wasn’t all that familiar with). They were both spectacular- heartbreaking and hilarious, natural, impactful and radiant with romantic chemistry. They filled the moments between scenes with strong character-grounded improv and watching them react to each randomly chosen piece of the puzzle proved an unexpected highlight (the charming grins that accompanied the choice of a scene called “I Love You”; the deep breaths the preceded “I Never Said That”). But seeing such beautiful portraits of Dawe and Bozi’s characters just made me want to see all the other ones. The text is written for a man and a woman (Ruth Goodwin & Alex Crowther or Hallie Seline & Cameron Laurie) but works beautifully for two women and I’d be fascinated to see it with two men (today’s 5:15 performance features Lancaster’s co-director Paolo Santalucia paired with James Graham). Simply and smartly directed by Lancaster and Santalucia, 52 Pick Up is a rare theatrical gem open to a million possibilities: how do the gender swaps (interestingly both played by the directors) affect the story? Does each new cast’s chemistry dramatically alter the tone of the play? What’s the show like if you end on “I Love You”, “First Meeting” or “Another Year Later” rather than “The Gift”? The one thing I know for sure is, because Howland started with good people, every possible iteration will be a good one.

Red Bill (B+)
Potosi is about a woman who is taken hostage during a foreign civil war then beaten and raped almost to death, but Red Bill is the darkest show at this year’s Fringe Festival. At least that’s how it feels. Bathed in eerie lighting, oppressive EDM, sweat and vomit, the characters in Red Bill are tragic bottom dwellers whose sadness doesn’t ease off for a single moment of the play- not when they’re dancing or fucking or doing anything else. From the moment the audience enters the theatre to find Danka Scepanovic passed out naked in a bathtub to the startling blackout that ends the play, it’s easy to see that nothing good but another high will ever happen to these people. Jimmy Makris’ terrifying Aiden is the unlikely source of the play’s only moment of calm, everything else is loud and fast and alienating. While Red Bill is very hard to actually enjoy, and I never quite understood what I was meant to get out of it beyond depression, it does deliver what might be the strongest male performance of the festival, from playwright Michael Eisner as the squirrely, tweaking good guy whose attempted rescue of Scepanovic’s sickly addict is thwarted by his own inability to stay above water. His script is hard to love but Eisner’s enthralling performance is easy to admire.