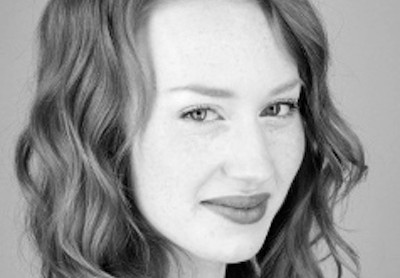 In 2013, The Stratford Festival under the new Artistic Directorship of Antoni Cimolino staged one big flashy goodbye to outgoing Artistic Director Des McAnuff. In his years as AD, McAnuff had staged many successful productions full of big ideas and bigger effects, but his bread and butter was the rock musical. In the first season after his tenure, he was called on to direct one final rock musical- The Who’s Tommy, a piece he’d brought to Broadway years earlier to win a Tony award.

In one of the season’s strongest casts, Kira Guloien stood out with her strong and conflicted turn as the titular troubled boy’s mother, earning her a Best Actress in a Musical nomination in this year’s My Theatre Awards.

Can you remember your first experience with theatre?
I was 8 or 9, and my dad was playing in the band for the National tour of Annie. He let me sit in the orchestra pit with him so that I was able to see the downstage portion of the stage. The backstage excitement combined with the amazing production (starring a little redhead like me!!) was extremely exciting for me. I fell in love with every part of it and went home to learn all of the songs. I never got to play Annie though… I guess it’s a little too late…

What actors and actresses have always inspired you? Are they the same today?
Paul Nolan is a huge inspiration. Watching him work in the rehearsal hall is absolutely fascinating. He is endlessly inventive and incredibly generous. Laura Condlln takes my breath away every time I see her perform. She acts with such honesty… its stunning.

When did you start singing and dancing? Have you always wanted to be in musical theatre?
Both of my parents are musicians and my childhood nanny was a member of The Edmonton Opera chorus. With their influence, I developed a musical ear. I started competitive dancing when I was 9 and fell in love with performing. I never thought I could pursue it as a career until I was 16, when I was selected as a top 12 finalist for CBC’s Triple Sensation. It was a game changer for me. Having such influential artists believe in me gave me the courage to move to Toronto and study theatre.

What are some of your favourite musicals?
West Side Story.

Do you have any dream roles?
Masha in Three Sisters, Kathy in The Last 5 Years, Vanda in Venus in Fur, Maureen in Rent, Elizabeth Proctor in The Crucible.

In your career so far, is there any specific production that stands out as particularly close to your heart?
Tommy.

Describe your first day at the Stratford Festival.
It was completely overwhelmed to be sitting in a room with so many people who I have looked up to for years. They were all so warm and welcoming.

How did the role of Mrs. Walker come about?
I was the reader for the Tommy callbacks. At the end of the day, Des asked if I would like to sing a song. I did, and he asked me to learn the Mrs. Walker material. A few call backs later… I got an offer to play Mrs. Walker. I was sure there had been a mistake…

What was it like working with Des McAnuff?
Truly amazing. He was patient, encouraging, funny and full of ideas and insight. He really is a brilliant man.

Working with the director of the original Broadway production, how much freedom did you have to make the character your own? What were some of the unique touches you brought to your performance?
This production was very much a remount of the original. I spent the first few weeks counting in my head, making sure to pick up the flower on count 4 and stand up on count 7 etc etc. Once I got the “blocking” into my body, I was able to start playing, and I was encouraged to make adjustments to suit my own instincts.

What was the most important conversation you had with Des in developing your performance?
It’s impossible to choose just one. He encouraged me to embrace the mystical aspects of the story and the character. Mrs. Walker’s journey is dependant on instinct, rather than information… as was mine as an actor.

Do you approach a rock musical like Tommy any differently than you would a more conventional musical? Was there extra strain on your voice through the long run?
Everything in this show was heightened, and I definitely had to aim to match the level of the big, bold production elements.

I didn’t feel that my voice was strained, but I did struggle with several weeks of illness and I had to miss a few performances. My superstar understudy allowed to me take some time to recover and complete the run of the show without hurting myself.

Did you have a favourite moment in the production?
The overture. The storytelling that occurred in those opening moments was brilliant. As an actor, it was a thrilling way to start a show.

Do you try and see every play in the season? What were some of your favourites of 2013?
Yes, I saw every play. My favourites were Othello, Waiting for Godot and Fiddler on the Roof.

What have you been up to since Tommy?
I’ve been enjoying a little down time. Traveling, dance classes, singing lessons, on-camera acting classes, auditions and a few small gigs here and there. I love being in Toronto and it’s been really nice to enjoy the city.

What are you working on now? What’s next?
I just filmed my first TV episode… (CTV’s The Listener) and made a small appearance in my first feature film (an indie called Night Cries). My spring/summer plans are still up in the air… but I’m looking forward to getting back on stage.

Do you have anything you’d like to add?
I am super honoured to be nominated for this award. It’s a lovely surprise.