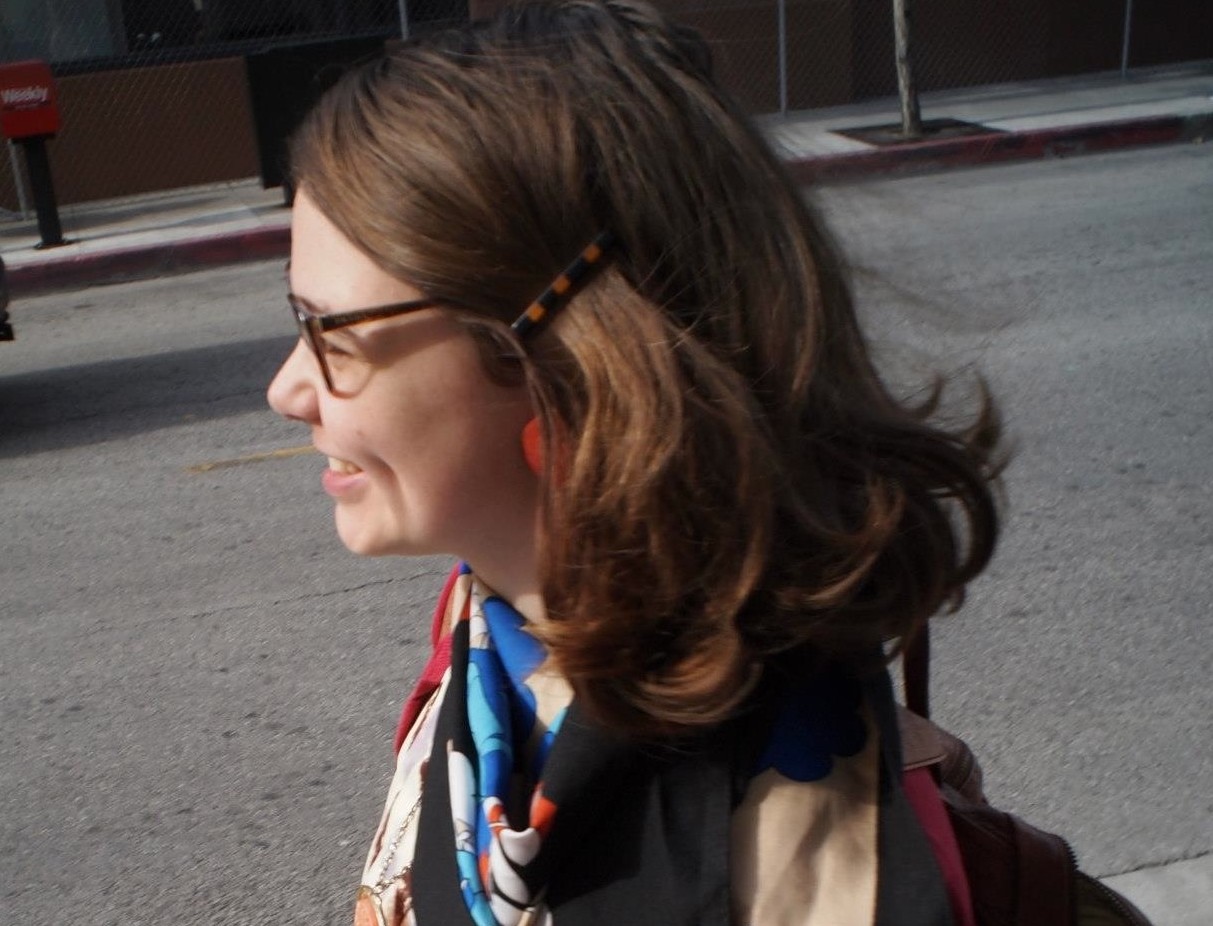 Costume designer Caitlin Cisek was nominated for Best Costumes for her work in Boston Opera Collaborative’s 2013 production of La Cenerentola (Cinderella). Caitlin talks with us about her themes and ideas for La Cenerentola, her theories on color and its importance, and why opera singers might not be the divas we expect!

Let’s start at the beginning. Tell us a bit about yourself. Where you grew up? Where you’ve lived? Professional life story?
I grew up in Queens in New York, and went to the United Nations International School. I grew up in a city where sushi was just as common as pizza. I grew up taking pride in New York, but also the North East, from our history from the revolution to the immigrants of the 19th Century to current melting pot.

You grew up in one of the best cities in the world for theatre. When did you first fall in love with the theatre? Was there a particular performance that you saw?
My first real memory is in a rehearsal. My father was directing a high school production of The King and I, and it’s as if I suddenly became aware of everything. I was there because my folks couldn’t find a babysitter, so they brought me along. It’s not so much that I fell in love, it just is my love, and my life.

Why did you pursue costume design? Did you ever play dress-up as a little girl?
Ha, I’m sure there was dress up, but more so an odd sense of fashion. I asked for a sewing machine, which I got for Christmas when I was 13, and I started making some-odd things. When I went to college as an actor, I was also in the costume shop asking for advise on projects (as a home sewer, I’d figured out a lot, but I didn’t have a lot of the basics). I was eventually offered a job in the costume shop, and I realized that I got significantly more joy from costumes than acting. Maybe it was because I was able to combine my love of sewing and acting since designing a costume sometimes means going on the emotional journey of each character.

What fashion styles or designers inspire you? Did any of them influence your designs for La Cenerentola?
Oh man, the inspiration is endless! In fashion, I love: Alexander McQueen, Balmain, and Biba. In theater and Film: Edith Head, Julie Taymor, Catherine Martin, Jenny Beavan, and Kaye Voyce. [La] Cenerentola was a ‘streetwear’ design I used from Instagram, Stitchpic, The Sartorialist, and Street Peeper. I wanted to use fashion to tell the story of class and rank.

What research did you do to prepare and design your costumes? Tell us a little more about your process. What is your time-table when working on a production?
I first heard about the project in the spring (about 4 months out), and I knew that budget and resources were limited, so the design had to carry comedy and style but also be pretty readily available. Katherine and I have worked together enough so that we have a short hand. The design process happened over coffees or glasses of wine, or even sometimes via text. The majority of the design happened while she was in Michigan on one show and I was in California on another. When we got back, it was a combination of Boston-area thrift stores and New York wholesalers that really got us what we needed.

I feel like I can barely get dressed without a fashion disaster or wardrobe malfunction. Do you have any funny, scary, or awful costuming disasters from either your daily life or from the stage?
I’m pretty disaster free (knock on wood) at this point. I have my own hapless streak when it comes to clothes, where I get dressed in the morning and by the time I leave the house I hate everything but it’s too late to change. I tend to “Marilyn Monroe” once a summer, and end up showing my underwear to anyone around. Thanks, NYC Subway!

You mentioned acting prior to immersing yourself in costume design. Do you still perform as well as design? If not, when and why did you make that choice?
Ouf, that’s a big question for me right now. I’m a designer. It’s my love and my livelihood. But, I’m meeting more about more artists who are comfortable being more than one thing, and encourage me to do the same. I’m writing more, I’ve modeled, I’ve appeared in readings, and, right now, I’m creating an interactive media project with Katherine and her company.

Of what costume designs are you most proud?
I’m proud of my collaborations. I’ve been designing long enough that I’ve made some really wonderful friends, and we speak the same theater language to one another. There are any number of project that either because of time or money didn’t come out the way I envisioned them, but working with a good team is how a theater artist stays strong and inspired.

Do you have a favorite color? What do you think this color choice says about you as a person?
Ha! It’s orange. There’s a really wonderful book called If It’s Purple, Someone’s Gonna Die: The Power of Color in Visual Storytelling that deals a lot with Western Color Theory and communication. I came to orange after reading that book. For me, it’s about feeling energized and alert. It’s also a featured color in a lot of 1960’s and 1970’s textiles of which I’m very fond. Most people tell me that it’s about my chakra, but I don’t think I do enough yoga for that. I think, after the “coloring book” stage of our lives, color is mostly about mood. Immersing yourself in a color can either provoke a bigger feeling or help you relax out of [a feeling], but it’s important to leave room for the individual; sometimes you just like orange.

Is there any production for which you want to design the costumes? Do you have any particular interpretation that you would like to do with this design?
Well, I want to design all the costumes for all the shows. All of them. Since that’s not really possible, I do have a handful I’m hoping come my way. I want to design more opera, which is why it’s so wonderful to have forged this connection with Boston Opera Collaborative; I love the freedom of opera costumes. This go-big-or-go-home attitude. Even when a show is contemporary like La Cenerentola, there were gowns and fascinators and fur stoles. If I was doing this show over again, it would just have had more [of them all]!

How is it for you working with actors who can be very picky about what they wear on-stage?
Most actors aren’t! Most actors are really quite wonderful! More often than not, they’re just excited to see the last element of their transformation. And it’s really wonderful to hear any actor say that they finally understand something about a character because of a costume. When an actor gets picky you try to help them as much as you can since they are the public face of the production. Sometimes, they’re worried about something all-together different, and the fitting room is the first chance that they’ve had on the production for a one-on-one conversation and they just need someone to listen. Beyond that, if they’re any more horrible, I tend to take the problem “up the ladder” to a director or a producer.

Are there any specific costuming concerns or problems when designing and costuming for an opera?
The singing! Always making sure that the costumes don’t get in the way of the physical tools that the singer needs to do his or her job. Listening to what makes the singer feel comfortable or uncomfortable, and adjusting accordingly.

If you could not work in the theatre anymore, what would you do with all of your spare time?
GAH! Don’t even say those words! I toyed with the idea of going to cooking school, when I was waiting to hear back from Master’s programs. My plan was to go to cooking school if I didn’t get into an MFA, but I don’t have a passion for the food industry, I just like cooking a lot. I can’t bake. I’m terrible. But I make the best eggplant parm around!

Is there anything else that you would like to share with our readers?
It’s corny, but I want to share my thanks. For seeing shows, and for engaging; for being part of the community; for giving nerds like me a chance to do what they love and know that some of [the audience members] (at least) enjoyed it.