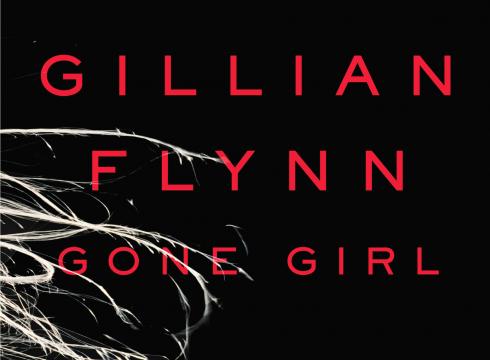 Gillian Flynn’s latest novel, Gone Girl, is the story of a struggling marriage… gone MURDEROUS (dun dun DUNNNNNNNNN!).  Full of depravity, quirky anecdotes from a once-perfect romance, and alternately deceitful and exhibitionistic diary entries, Gone Girl is not so badly written as to be objectively horrible, nor so sinister and well-executed as to be actually engrossing. What is clearly supposed to be a twisting, winding rabbit hole of dark secrets and psychological horror just sort of comes off as … safe thriller lite (possibly for housewives in prairie areas who are easily scandalized. Not Capital H Housewives. I’m not sure those women can be scandalized). I thought it was boring.

Flynn’s novel features Nick Dunne (ex-journalist and current bar-owner) and his wife, Amy Elliot Dunne (the muse of her parent’s children’s book empire—”Amazing Amy”), as they separately experience and chronicle Amy’s mysterious disappearance on the day of their fifth wedding anniversary.

As in most thrillers, Flynn utilizes some serious narrative sleight-of-hand to keep the twists and turns potentially predictable (she did technically mention Critical Plot Prop X. In one sentence) but largely unguessed before their epiphanic reveals. I’m fine with that. It doesn’t bother me. I don’t love it, but I’m not mad at it or anything. What did sort of bug me (even though I knew it had to be coming), were the instances when Flynn used the diary structure of the novel to reveal twists and turns without any clues—bombshell admissions, more or less out of the blue. But even that I was largely fine with. It made me raise an eyebrow (out of I-am-not-amused-ness, and also because I was usually utterly underwhelmed by the admission), but it was fine. Reading the same passage another day I might have chuckled or thought it was clever. Point is: no big deal. Weird. But whatever.

My real problem with Gone Girl was that it was boring.

That’s damning criticism for a book that’s clearly aiming to be shocking and addictive and other buzzword-y things like that. Let me reiterate: Gone Girl is not a Bad Book. It’s not badly written (Twilight exists. Perspective), the writing style can even be clever and fun (if disorientingly chipper and weirdly reminiscent of Feeling Sorry For Celia. Yeah. You read that right. It’s clearly purposeful, but it was weird for me too), and maybe if you’re more inclined to like thrillers/mysteries than I am you will like this better than I do, but I was just left absolutely bored.

Events, reveals, and twists that were clearly meant to be shocking just didn’t get any rise out of me. I feel like I’ve seen at least that level of depravity in any number of other books, movies, tv shows (Jerry Springer exists), etc., and I’ve read Matheson. I’ve read real horror. Stuff that chilled me to the bone and made me afraid to leave my bed at night (even to pee. It was rough). So while Gone Girl wasn’t Bad, it just couldn’t hold a candle to the real thing.

On top of all of my non-reactions to the plotting, I didn’t care about the characters. At all. Nick is fine. Largely uninteresting, but fine. Amy is smart, but flat. And everything about both of them is conveniently (but unconvincingly) explained away through self-realized pop psychology, and as the book wears on, both of them just get less and less engaging, and more and more ludicrous. Sometimes I like crazy characters—they can be really fascinating. These two ended up being dumb and unbelievable more than actually crazy (or fascinating).

Honestly, the only aspect of this book that provoked any kind of reaction me at all is how well received it seems to be/how big of a bestseller it is. All I can say about that is, I don’t get it. Or maybe I do. Not appreciating the book myself, this is all just guesswork, but if I had to guess why people like this book, I’d chalk it up to wanting to be scared, but not too scared. Depraved, but not too depraved. To have a book that gives you marital drama and scandal and doesn’t make you feel self-conscious or evil for liking it. This is my best guess, because if that ain’t it, then I have no idea. And just to be clear, there’s absolutely nothing wrong with liking books that are Nice and Fine and Safe*. Sometimes I like those books too. But I never ever love them, so I never understand it when other people can muster that much enthusiasm for them.

Read at your own peril. You may be wasting your time.

*I’m strictly talking about books here. People are different. For example: Safe = A+ with people. I feel like I don’t have to worry about people killing me in the dead of night and I stop reaching for my first aid kit. Safe people are awesome.  And Nice People? Please. Couldn’t get through a single group interaction without them.