My Music Recommends: The Elastocitizens 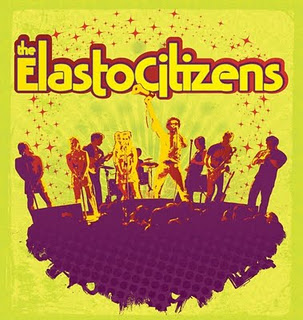 I’ve never had more fun at a concert than I have whenever I see The Elastocitizens. In my opinion, the off-beat funk band creates the most memorable live music experience available in Toronto.

Frontman Steven McCarthy leads the audience down the rabbit hole of insane and joyous dance tunes in full Freddy Mercury-esque splendour as his alter ego, Grand Poohbah Groove. (The whole band enjoys names of the like- though none quite as spectacular as the G&S-referencing, still-cool-somehow GPG). 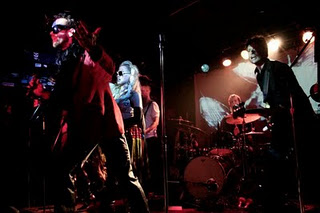 Inevitably, an Elastocitizens concert is an inhibition-bashing good time wherein a massive crowd of strangers forgets that they’re strangers and that 20 minutes ago they were worried that their hair would get frizzy if the dance floor got too hot. From the first drumbeat to the flingy enthusiasm of the dancers pulled up onstage in the final song, an Elastocitizens show is good for the soul.

But as much fun as the crowd has, my favourite thing about the Elastocitizens concert is the revelry of the musicians themselves. If someone seems like they could possibly be happy being an accountant instead, I have a hard time enjoying their musicianship. But as McCarthy lovingly gazes at the crowd and mutters “God, it’s such a fucking pleasure” in a way not necessarily meant for us to hear, you know that the citizens love nothing more than that moment they’re in. And that is, afterall, the point of the whole thing.

Check out the Elastocitizens for yourself at their free outdoor concert this Friday at 8pm in Toronto’s Dundas Square.

One Response to My Music Recommends: The Elastocitizens